MTV announced its nominees for the 2006 MTV Video Music Awards on Monday, with Shakira and the Red Hot Chili Peppers leading the list with seven nominations each.

Both will compete for video of the year – the Peppers’ “Dani California” and Shakira’s “Hips Don’t Lie” will go up against Christina Aguilera’s “Ain’t No Other Man,” Madonna’s “Hung Up” and Panic! At The Disco’s “I Write Sins Not Tragedies.”

In third place with four nominations, Aguilera earned nods for best pop video and best choreography in addition to video of the year and best female video.

Nick Lachey’s “What’s Left of Me” is up for best male video against James Blunt’s “You’re Beautiful,” Kanye West’s “Gold Digger,” T.I.’s “What You Know” and Busta Rhymes’s “Touch It Remix.”

Best group video contenders are the Chili Peppers, Panic! At the Disco, the All-American Rejects (“Move Along”), Fall Out Boy (“Dance, Dance”) and Gnarls Barkley (“Crazy”).

Scheduled to air live at 8 p.m. ET on Aug. 31, the 2006 MTV VMAs will take place at New York City’s Radio City Music Hall and include performances by Beyonce, Justin Timberlake, Panic! At The Disco, the Killers and rappers T.I. and Ludacris.

The Raconteurs, fronted by the White Stripes’ Jack White, will provide the show’s “soundtrack,” according to MTV.

For the first time, viewers may vote for their favorite videos in each category through Aug. 20 by visiting MTV’s Web site. Voting for the viewer’s choice award is open from Aug. 7-31.

Panic! at the Disco Scores at the VMAs 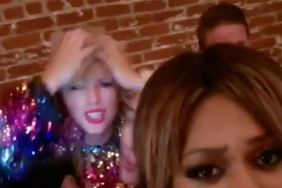 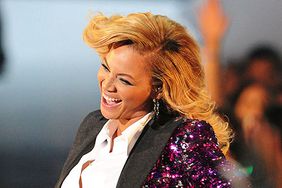