That's just one of the big changes facing the cast of Shahs of Sunset next season, which premieres on Bravo in February

Is this the end of Reza Farahan and Mercedes “MJ” Javid‘s 30-year friendship?

The longtime pals are at war in PEOPLE’s exclusive premiere of the trailer for season 8 of Shahs of Sunset, with Javid even throwing a drink in Farahan’s face during one tense argument.

“Tragic was the death of our friendship,” says Farahan, moments after flashback footage rolls of him telling Javid that the two were “blood” and that “nothing can ever get between this bond.”

So what went wrong between Farahan and Javid? Each have their own reasons — Farahan hearing that Javid might be spreading rumors about the instability of his marriage, and Javid claiming that Farahan abandoned her after the birth of her son, Shams, and did not visit her in the hospital.

“You believe this one, who doesn’t even know?” shouts Javid, defending herself against Farahan’s claims.

Farahan isn’t too happy himself. “This is how you do me?” he screams, seemingly at Javid.

Things go from bad to worse when Farahan takes to social media to air his grievances about Javid, inspiring Javid’s husband Tommy Feight to respond by allegedly vandalizing Farahan’s home.

“I broke a plant,” an angry Feight says in the trailer. “I wanted to break his legs.”

Whether or not the two will work it out remains to be seen, though they’re not the only ones going through major changes this season. Gharachedaghi, Shouhed, Rose and Vand are all experiencing shifts in their lives.

The biggest development is with Gharachedaghi — who, after a difficult journey with in vitro fertilization that included emergency surgery and the removal of both of her Fallopian tubes, is finally pregnant with her first child (PEOPLE broke the 38-year-old’s happy news back in October).

Shouhed, on the other hand, might be walking down the aisle again — this time with his Persian-Jewish girlfriend, Paulina. “I’ve found my soulmate,” Shouhed, 41, gushes. “How did this happen?”

Rose, 36, appears to be thriving in her personal and professional life on the surface, but finds herself embroiled in a series of questionable circumstances that threaten her friendships within the group.

And a newly-single Vand, 30, is finding it difficult to let go of his past with his former girlfriend, and current colleague, Erica.

As for Jeihooni, she’s trying to find her footing amongst the group, even after skeletons from her past start to come to the surface.

Meanwhile, Feight will be keeping his distance from Farahan for a while. Last October, E! News reported that Farahan was granted a three-year restraining order against Feight after the May incident, with Javid’s husband ordered to stay 100 yards away from Farahan.

Feight pleaded not guilty to charges of trespassing and vandalism in July, according to The Blast.

A source told PEOPLE at the time that Javid is standing by her husband amid the drama. “Mercedes is happily supporting her husband through this and staying strong for her family,” the insider said. 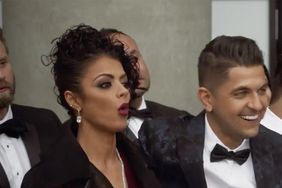 'Shahs of Sunset' Is Back! Watch Newcomer Nema Flirt with GG After Her Failed Marriage 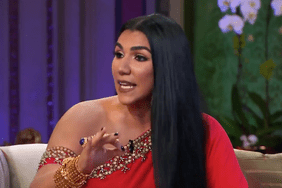 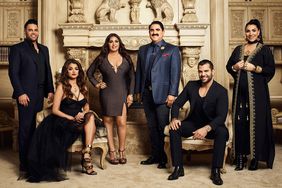 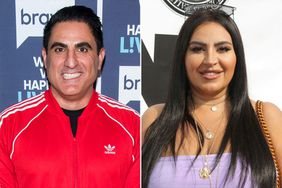