Cast and crew members of Sex and the City are remembering Willie Garson, who died on Tuesday after suffering from pancreatic cancer.

Garson, 57, was perhaps best known for his role as Stanford Blatch, the best friend of Sarah Jessica Parker's Carrie Bradshaw, in the HBO series and its spinoff movies. He had already filmed scenes for the upcoming reboot, And Just Like That... .

"Willie touched all of us with his big heart and generous spirit," Star says. "The man behind Stanford was a loving father, a mensch to his friends and radiated kindness to all. He is gone much too soon."

Sex and the City Star Willie Garson Dead at 57

"The Sex And The City family has lost one of its own, our amazing Willie Garson," King says. "His spirit and his dedication to his craft was present every day filming And Just Like That... ."

"He was there — giving us his all — even while he was sick," King continues. "His multitude of gifts as an actor and person will be missed by everyone. In this sad, dark moment we are comforted by our memory of his joy and light."

In a statement to PEOPLE, Jason Lewis, who played Jerry "Smith" Jerrod in Sex and the City, says, "There is a little less joy in the world and it's a bit grayer with the light that was Willie Garson having gone out. He had a wonderful and playful spirit, and I'm grateful that I had the opportunity to know it."

Evan Handler, best known as Charlotte York's husband Harry Goldenblatt on the series, tells PEOPLE he instantly dubbed Garson "The Mayor." He adds, "It seemed he knew everyone, and was invited everywhere. The weddings of Elvis Costello and Elton John: Willie was there. I never understood why, or how."

Handler says, "The fact is, Willie was a Prince. Not just my Mayor, but the Mayor to every group he ever existed within. Most importantly, Willie was an adoptive parent to a foster child. My heart grieves for his son, for the entire Sex and the City and And Just Like That... universe, and for the world at large. We've lost a consummate funny (and family) man, and they were already in short enough supply."

Star Cynthia Nixon also shared a tribute to her costar, writing on Twitter that he was "loved" and "adored" on set.

"So deeply, deeply sad we have lost @WillieGarson. We all loved him and adored working with him. He was endlessly funny on-screen and and in real life. He was a source of light, friendship and show business lore. He was a consummate professional— always."

Mario Cantone, who played Garson's on-screen husband Anthony Marentino, posted a photo of the friends on Instagram Tuesday, sharing his grief in the caption.

"I couldn't have had a more brilliant TV partner. I'm devastated and just overwhelmed with Sadness," Cantone wrote. "Taken away from all of us way soon. You were a gift from the gods sweet Willie. Rest …I love you."

Kim Cattrall also shared a tweet in honor of her Sex and the City costar.

"Such sad news and a terribly sad loss to the SATC family," she wrote. "Our condolences and RIP dear Willie xo."

Chris Noth, who played Mr. Big in Sex and the City and will reprise his role in And Just Like That…, paid tribute to the late actor on Instagram, simply writing, "Willie" alongside heart and broken-heart emojis.

"The last thing you did when we said goodbye was pull down your mask (I hate covid), smile, and wink at me," Bomer shared.

"I don't understand. And it's not fair. This past year, you taught me so much about courage and resilience and love. I still haven't wrapped my head around a world without you in it- where I can't call you when I need to laugh, or be inspired," he added.

"I know that it wasn't reflective of the pain you were going through, but it was indicative of everything you were and are to me: some one who lifted me up, who made me better, and who always, always made me smile."

"I love you forever Willie Garson. You live on in our hearts and minds always: and your White Collar family is always here for Nathen.Save a place for me, because you know I want to be at your table up there."

White Collar's Tiffani Thiessen also honored Garson via Instagram. "Willie, my dear sweet friend, I'm utterly heartbroken," she captioned a collection of pictures. "It's still hard for me to believe you're not here. You fought this battle with strength and grace. Heaven got an amazing man today and they are incredibly lucky. I love you so darn much my friend #RIP."

Other celebrities also shared tributes to Garson on social media after news of his death broke on Tuesday.

"This breaks my heart. Willie Garson, a friend who loved me at my worst, (and always let me know it) is gone," Modern Family star Julie Bowen wrote on Instagram. "Goodbye, Fatty. I love you always."

"I want to share how funny and marvelous Willie was and how sad I am to hear this news," Michael Weatherly wrote in a tweet. "My deepest condolences to his family and amazing friends. Big kiss to you, Willie Garson."

Ben Stiller shared a message for Garson's son Nathen in a tweet.

"Sending love to @WillieGarson's son Nathen," Stiller wrote. "Your dad was strong and respected in his community of fellow actors and his philanthropy was constant and committed. I'm grateful I knew him. He was also really really funny." 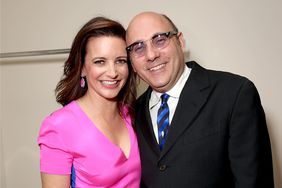 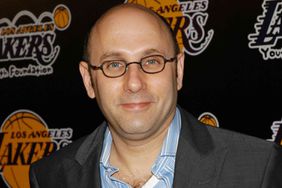 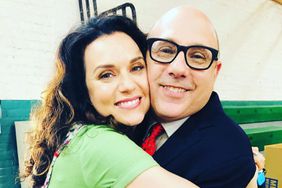 Hilarie Burton Got a Tattoo to Honor Willie Garson Before His Death: 'I Needed Him to Know How I Felt' 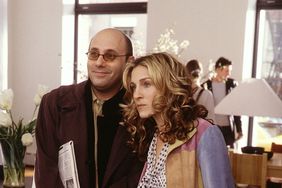 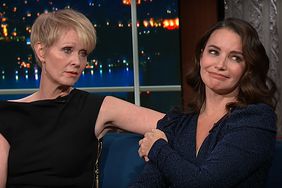 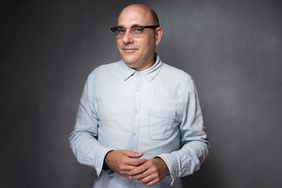