Brady was just five years old for the first SATC movie in 2008. Now, the actor set to portray him in the revival stands taller than both his on-screen parents

The kids of Sex and the City are all grown up!

Sarah Jessica Parker, Cynthia Nixon, and Kristin Davis reunited with a slew of cast members from the original series as they filmed the HBO Max revival And Just Like That... on Friday outside the Manhattan School for Music in New York City.

Nixon, 55, was spotted with actor David Eigenberg, who played Steve Brady — husband to her Miranda Hobbes. The pair seemed to be joined by the actor playing their son Brady Hobbes.

Brady — who was played by actor Joseph Pupo in the two SATC movies — was just five years old when the first film hit the big screen back in 2008. But for the new series, he's all grown up now, and the new actor set to portray him stands taller than both his on-screen parents! He also sports Brady's signature flaming red hair, inherited from his TV mom.

In the pic, the actor appeared to be chatting with the two young women who look to be playing Lily and Rose, the on-screen daughters of Davis' Charlotte York Goldenblatt and her husband Harry (played by Evan Handler).

Charlotte's Daughters Are All Grown Up on the Set of the Sex and the City Revival: See the Photos

Parker, 56, was also seen getting chummy with Willie Garson, who played her leading lady Carrie Bradshaw's best friend Stanford Blatch. Also present was Mario Cantone, known for playing Charlotte's BFF Anthony Marentino. The fan-favorite, formerly feuding characters played by Garson, 57, and Cantone, 61, tied the knot at the beginning of the 2010 movie Sex and the City 2.

Not pictured was Chris Noth, who played Carrie's on-and-off love interest Mr. Big throughout the series before they finally wed in the first Sex and the City movie, which premiered in 2008. Noth, 66, was confirmed to reprise his role in May, shortly before Handler, Eigenberg, Garson, and Cantone signed on for the revival.

Last week, Bridget Moynahan was spotted on set in character as Big's ex-wife Natasha, who famously confronted Carrie for having an affair with her then-husband.

Despite John Corbett's admission that he was very excited to reprise his character Aidan Shaw, another one of Carrie's love interests, he has yet to be spotted on the set of the revival.

RELATED VIDEO: Sarah Jessica Parker on the Iconic Fashion from Sex and the City

Natasha's Back! Bridget Moynahan Spotted on New York City Set of Sex and the City Revival

Parker, Nixon, and Davis officially announced the Sex and the City revival on Instagram in January.

Along with Kim Cattrall, 64, who will not revive her iconic performance as Samantha Jones, they starred in the original HBO series, which ran for six seasons from 1998 to 2004, before returning for two Sex and the City feature films. 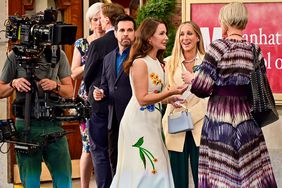 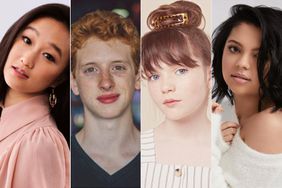 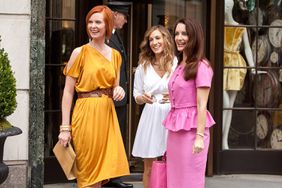 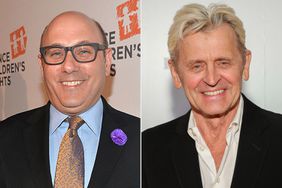