To make the momentous event even sweeter, the first day of the marathon falls on National Best Friend Day

Grab your girls and your cosmos!

In honor of the 20th anniversary of the Sex and the City premiere, E! is hosting a “binge-a-thon” of the beloved show.

The three-day event, which kicks off June 8, will feature every episode from all six seasons of the show.

And to make the momentous event even sweeter, the first day of the marathon falls on National Best Friend Day.

Sex and the City featured 94 episodes over a six-season run and led to two full-length feature films.

The marathon will begin Friday with a half-hour Sex and the City-theme episode of E! News, where hosts Erin Lim and Carissa Culiner will take a look back at some of the most iconic moments from the series.

Earlier this year, talk of a possible forthcoming third Sex and the City movie made headlines, despite Cattrall openly refusing to have any part of it.

But Parker recently revealed that another installment of SATC has not been completely ruled out.

“Whether we choose to revisit it at another time and reimagine that story — that’s something [director] Michael [Patrick King] and I just haven’t talked about yet, that doesn’t mean we won’t, but we haven’t at this time,” she said. 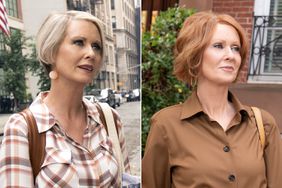 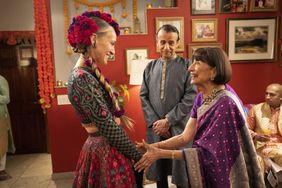