During more than two decades in the spotlight, Selma Blair has seen her share of ups and downs

brightcove.createExperiences(); During more than two decades in the spotlight, Selma Blair has seen her share of ups and downs.

On Monday, the actress was removed from an international flight as it landed in Los Angeles following her return from Cancun, Mexico, after taking what appeared to be “a combination of prescription medication with alcohol,” a source told PEOPLE.

This latest incident is just one of many triumphs and setbacks Blair, 43, has experienced both in her multifaceted career and her complicated personal life.

Blair’s on-screen credits go back to 1995, but her career really started to take off thanks to a breakthrough role in 1998’s Cruel Intentions. She went on to land multiple starring roles and by 2004, she had achieved international fame for her portrayal of Liz Sherman in the fantasy films Hellboy. In that same year, Blair was included on the FHC list of “The 100 Sexiest Women of 2004.”

Beyond her professional success, Blair’s personal life at the time was blossoming as well. In January 2004, she married producer Ahmet Zappa (son of musician Frank Zappa) after six months of dating.

She continued to thrive in Hollywood on both television and movie screens, but in 2006 her relationship with Zappa took a hit and the pair divorced that December.

In the following years, Blair continued to solidify herself in Hollywood and in 2010, she began a relationship with fashion designer Jason Bleick. One year later, the couple welcomed their son, Arthur Saint Bleick.

Upheaval at Home and Work

Three months after Blair and Bleick quietly separated in September 2012, photos of the actress surfaced online that spurred concern about her gaunt figure.

In the shots, Blair was playing with Arthur, who was 16 months old at the time, and her protruding ribcage was exposed underneath a loose sweater. She later took to Twitter to slam the photos but not addressing her drastic weight loss: “I think paparazzi taking shots at 630 am when I am on my own street walking with baby are disgusting. Of course I have no makeup or a bra on.”

Less than a year later, in June 2013, Blair unexpectedly exited a high-profile role in the sitcom Anger Management. Reports poured in that her costar Charlie Sheen, now 50, had personally fired her via text after Blair complained about his work ethic, according to Deadline. Sheen had a different story, telling The Tonight Show host, Jay Leno, 66, that her character was just written out of the show.

Blair remained mostly under the Hollywood radar – relishing her role as a single mom – until February 2016 when she landed the role of Kardashian family matriarch Kris Jenner in the FX miniseries American Crime Story: The People vs. O. J. Simpson, which chronicled Jenner’s late ex Robert Kardashian’s involvement with O.J. Simpson‘s defense team during the Trial of the Century.

As she inched back into the spotlight, sources told PEOPLE that Blair seemed "happy and healthy" in the time leading up the holiday in Mexico with Bleick and Arthur, now 4, from which she was returning when she had her mid-air meltdown.

“She was happy and healthy the entire trip,” an onlooker told PEOPLE. “Arthur was so happy to spend the weekend with his family, giving his mom lots of hugs and kisses on their beach getaway.”

Since Monday’s incident, friends and colleagues have swiftly come to Blair’s defense, with one source telling PEOPLE that the actress has never been known for creating drama and was a “pleasure to be around.”

“She wasn’t one to ruffle feathers or cause problems on set,” the source said. “She would show up and work hard.”

Added the source: “She loves being a mom. You can tell how important her son is to her.”

On Tuesday evening, Blair issued an apology for her airplane outburst.

“I made a big mistake yesterday,” Blair’s statement to Vanity Fair began. “After a lovely trip with my son and his dad, I mixed alcohol with medication, and that caused me to black out and led me to say and do things that I deeply regret.”

She continued to say that her “saving grace” came with the knowledge that Arthur was with fast asleep with his dad at the time.

“I am a flawed human being who makes mistakes and am filled with shame over this incident,” she added. “I am truly very sorry.”

And though she has mostly remained private about what led to her unexpected outburst, Blair made a pledge to her friends and family, her fans and to herself with a tweet on Wednesday.

Responding to a tweet by close friend Jaime King (“I love you. We’re all flawed. You are always loved always- what I know after being your sister for 16 yrs. You always own up.”), Blair wrote: “I can’t thank you enough. I will do better. Always I love you sister.” 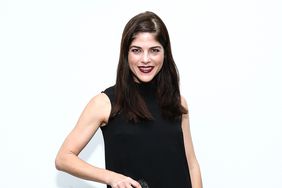 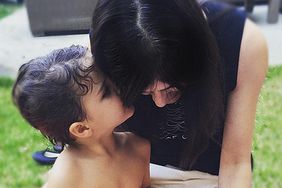 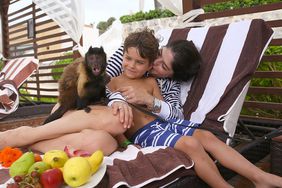 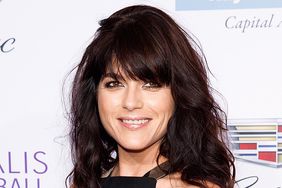 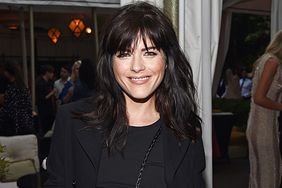