Sean Hayes reprised the role of Jack McFarland, one of TV's most adored out and proud gay men, on NBC's revival of Will & Grace in 2017

Sean Hayes is adding a special award to his list of accolades.

PEOPLE can exclusively announce that the Emmy-winning Will & Grace star will be honored with the Stephen F. Kolzak Award at the 30th Annual GLAAD Media Awards in Los Angeles on March 28.

The Stephen F. Kolzak Award, named after the legendary casting director, is presented to a LGBTQ media professional who has made a significant difference in promoting LGBTQ acceptance. Kolzak devoted his life to raising awareness in the entertainment industry about the discrimination faced by LGBTQ people as well as people living with HIV.

Hayes, 48, introduced fans to the iconic Jack McFarland, one of TV’s most adored out and proud gay men, on NBC’s Will & Grace during its original run from 1998 to 2006. He reprised the role when the series was revived in 2017. Currently in its second season, the comedy has been picked up for an 18-episode third season.

“Sean’s portrayal of Jack changed countless hearts and minds, and increased LGBTQ visibility at a time in history when representation and inclusion were low,” said GLAAD President and CEO Sarah Kate Ellis. “On screen and off screen, Sean uses his platforms to advance stories and messages that make the world laugh, make the world think, and further acceptance of all.”

The annual awards will begin in L.A. on March 28 and events will continue in New York City on May 4, where Madonna will receive the Advocate for Change Award. 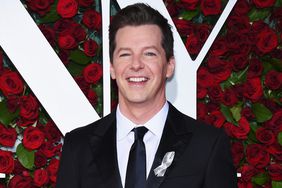 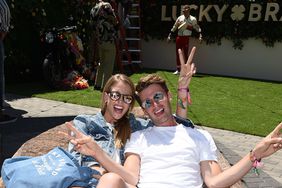