Scott Disick and Sofia Richie's relationship may be on the rocks, but where better to work out any issues than paradise

Scott Disick and Sofia Richie‘s relationship may be on the rocks, but where better to work out any issues than paradise?

The 19-year-old model and daughter of music icon Lionel Richie and the 34-year-old reality star are vacationing in Cabo San Lucas, Mexico, together — despite a source telling PEOPLE the relationship is burning out.

Although the two are usually not shy about posting PDA on social media, they each shared solo shots from their getaway.

Richie shared a snap holding a baby sea turtle on the beach.

“Sending him off to the big world,” she captioned the Instagram.

Meanwhile, Disick posted a shot of him strolling through his “dream garage”: a parking lot of jets.

“Scott and Sofia’s relationship is starting to fizzle,” the insider told PEOPLE on Friday. “They’re starting to argue more, and it’s bothering Sofia.”

The source continued, “She thought he would be more serious about their relationship and is finding herself to be more frustrated with him as time goes on. Everything everyone has been telling her to look out for, she’s now starting to see for herself. It’s really upsetting for her, but she is trying to work through it.”

Disick and Richie were pictured cuddling up aboard a yacht in the south of France during the Cannes Film Festival in May. At the time, Richie — who previously dated Justin Bieber — adamantly denied anything romantic was going on, tweeting that the two were “just homies.”In mid-September, however, a source told PEOPLE they had become “inseparable.” They confirmed their romance via social media later that month, packing on the PDA during a trip to Mexico.

An insider previously told PEOPLE that Richie is “much more invested in the relationship” than Disick, who shares three kids — Mason, 7, Penelope, 5, and Reign, 2 — with his ex Kourtney Kardashian, 38.

The pairing has raised a few eyebrows, and a source told PEOPLE last month that Richie’s famous father isn’t too pleased about it.

“He thinks Scott is the worst person she could ever see and that he raised her better than that,” said the source of the American Idol judge’s reaction. “He thinks she should have more respect for herself as a young woman. Lionel knows Scott’s playboy ways, and he doesn’t want to see his daughter get hurt.” 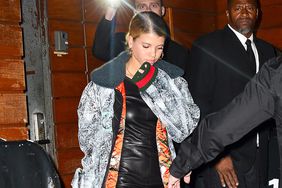 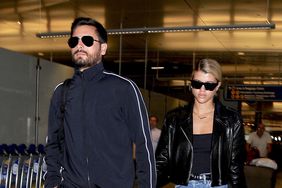 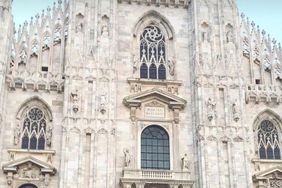 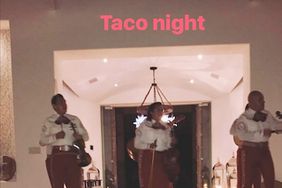