"They are spending every day together," a source tells PEOPLE

Scott Disick and Sofia Richie are “homies” who sure like to spend time with one another!

The 34-year-old Keeping Up with the Kardashians star and 19-year-old model grabbed coffee in Calabasas on Friday before hitting up Beverly Hills, where they shopped and were later spotted at the Montage Hotel.

“Since returning to L.A., Scott and Sofia are inseparable. They are spending every day together. Sofia seems smitten,” a source tells PEOPLE.

In May, the daughter of musician Lionel Richie was pictured cuddling up to Disick aboard a yacht in the south of France during the Cannes Film Festival. Since then, the pair has spent time together in Las Vegas and Malibu, despite Richie squashing relationship rumors at the end of May when she tweeted: “Just so everyone can get their panties out of their a–es, Scott and I are just homies.”

According to an insider, Disick and Richie are hooking up, though the self-proclaimed “lord” maintains that it’s not serious.

“It’s obvious that she looks up to Scott. She constantly giggles around him,” says the source. “They are very flirty.”

“Scott takes care of her, opens the car door and pays for everything,” the source adds.

WATCH: Scott Disick Is ‘Over His Own Stupid Behavior,’ Source Says

After a summer of partying — which included spending time with a bevy of beautiful women — strained his relationship with Kourtney Kardashian, a second source told PEOPLE that the reality star is “trying to get better.”

“He was definitely spiraling for a while, but he got fed up with himself and was over his own stupid behavior,” a source close to Disick previously shared.

Disick and Kardashian, who were together off and on for nine years, took their kids — sons Mason, 7, and Reign, 2, and daughter Penelope, 5 — to Nantucket in mid-July for a low-key family getaway. And during New York Fashion Week, the father of three got in more family time with Kim Kardashian and family matriarch Kris Jenner in New York, which came weeks after authorities reportedly responded to his home for a possible 5150 psychiatric hold in August. (A spokesperson for the Los Angeles County Fire Department confirmed they were dispatched to a home in Hidden Hills that day.)

But according to an insider, although Disick is attempting to better himself, he’s still struggling and is leaning on friends 24/7 for support.

“It’s like Scott expects to get sick or collapse, because he doesn’t want to be alone at all,” says the insider. “He has friends staying at his house every night.” 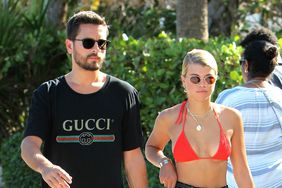 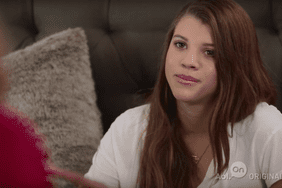