Bayside High is here to stay.

Peacock's Saved by the Bell reboot has been renewed for a second season, the streaming service announced Tuesday.

An additional 10 episodes have been ordered for the comedy series, which debuted on Peacock last November.

"I'm thrilled that Saved by the Bell has been renewed. I've been blown away by all the love for the show and can't wait to go back and make more episodes," said writer and executive producer Tracey Wigfield in a statement.

"Hopefully we stay on Peacock for many more seasons, and then in 30 years, somebody does a reboot of our reboot and invents the threeboot," she added.

In the reimagined series, Mark-Paul Gosselaar's Zack Morris is now the governor of California, and after some political turmoil, he decides to send students from a now-closed, low-income high school to the state's best schools — including Bayside High.

Elizabeth Berkley's Jessie Spano and Mario Lopez's A.C. Slater, who is now Bayside's gym teacher, also reunite at the school alongside a slew of new students.

The original Saved by the Bell ran for four seasons on NBC from 1989 to 1993. The sitcom followed a group of high school friends, played by Gosselaar, Lopez, Berkley, Thiessen, Voorhies and Dustin Diamond.

Berkley previously opened up about coming back to the show, telling PEOPLE working on the reboot felt like "home."

"It's a very special thing we share," the actress, 48, said of her original costars. "It's touching to have all these years of people that you care about and that you're rooting for."

Berkley, who is also a producer on the show, added of the reboot: "We wanted to introduce a new cast but also give fun winks and nods for the true fan."

"Saved by the Bell holds a special place in people's hearts," she continued. "It's part of their childhoods, and that is sacred. We are all fiercely protective of that legacy." 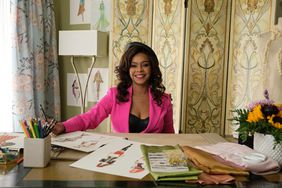 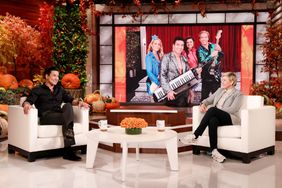 Mario Lopez Says There Are 'Easter Eggs' Throughout Saved By the Bell Reboot: 'I'm Excited' 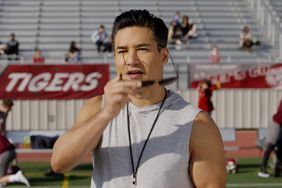