Chrisley and Kennard split in August after four months of dating

Savannah Chrisley is opening up about her split from ex-boyfriend Luke Kennard.

“Obviously, any breakup you go through, it’s going to be hard, especially when it’s in the public eye and people are watching. I love putting things on social media, so it was all over social media,” Chrisley, 20, told E!’s Daily Pop on Wednesday. “That’s my fault at that point, but I’m great today.”

After four months of dating, the Chrisley Knows Best star and newly-drafted NBA player — who made their romance Instagram official in June when Kennard, 21, was selected by the Detroit Pistons as the 12th pick of the 2017 NBA draft — broke up in August. Prior to Kennard, she was formerly linked to Memphis Grizzlies player Chandler Parsons and split from longtime boyfriend Blaire Hanks in January after a two-year romance.

Although Chrisley and Kennard weren’t meant to be, the reality star learned a great deal about herself through their relationship.

“I mean, you live and you learn. I’ve learned a lot of things that I don’t want and that’s what relationships are for. You date people to figure out what you want and don’t want,” she said, and added, “and thankfully, I dodged a bullet on the last one.”

In a previous statement to E! News, Chrisley revealed the reasoning for her split from Kennard. “The last 4 months I’ve been dating Luke have been great but as a young woman of faith I made the decision that with where Luke and I both are in our careers, it was best to part as friends rather than deal with the pressures of wondering if you are the only one. I was brought up to know my worth. I’m 20 now and so excited to live my life as beautifully as God intended,” she shared. “I will forever love the Kennard family.”

As for what Chrisley’s father, Todd, thinks of his daughter’s decision to share details about the split on social media, he told Daily Pop, “I don’t think that you should ever put all your business on the front porch for everybody to see. And I think that because of who she is, everything that she does and everything that any of our family members do, it’s out there for the public to see.”

Still, Todd isn’t too concerned about the public’s opinion of himself or his family.

“Are celebrities judged differently? Absolutely we’re judged differently — but we’re also paid differently,” he shared. “So you know, put up with the bull—-, cash your check and keep it moving because at the end of the day, what someone’s opinion of me sitting in their kitchen in their underwear is not something I’m concerned about.” 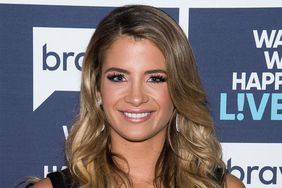 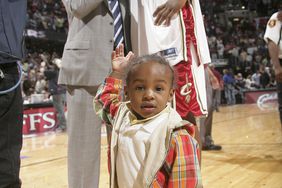 LeBron James Says He's 'So Proud' of Son Bronny On His 18th Birthday: 'Continue to Be You' 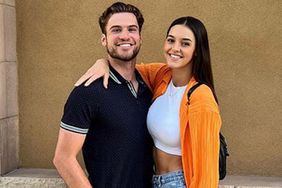