Despite calling off her wedding to fiancé Nic Kerdiles, Savannah Chrisley says she and her beau still plan to get married — they're just doing things their own way.

Ahead of the season 8 premiere of Chrisley Knows Best on July 9, PEOPLE caught up with Savannah and Chase Chrisley, who dished on the upcoming season, which they say will explore a lot of "growth."

In the trailer for the upcoming season, Savannah, 22, and Kerdiles tell dad Todd Chrisley that their wedding and engagement are off, to which he hilariously says "What will God do to me for this fashion to go to waste?"

Of her and Kerdiles' decision, Savannah tells PEOPLE: "Nic and I have been together for two and a half years. We're just trying to find our place in this world."

"We're working on ourselves in order to be better for each other. I like to say our relationship is unique and we're kind of marching to our own beat," Savannah says.

While Savannah says she and Kerdiles are still together, she feels they "rushed into things way to fast" and now "want to make sure we're both in a healthy place."

As for whether or not she will eventually walk down the aisle, Savannah says "Of course."

"I always have this timeline for myself like, alright I want to be married at 22. I want to have kids by 23 or 24 and the moment I have my whole life planned out, God laughs at me."

"There's no rush for a wedding. You don't need a wedding or a marriage to define a relationship. Obviously, I do want a wedding and when that time comes it's going to be super amazing and exciting. But Nic and I are focusing on being the best for ourselves and each other."

The couple, who met via Instagram, began dating in November 2017 and got engaged on Dec. 24, 2018. But speculation that the two had split began to run rampant after they did not get married in May as intended.

Savannah also spoke out about the decision to Todd, 51, on the Chrisley Confessions podcast in June saying, "We both realized that things moved way too fast and we needed to go back to dating."

As for what fans can expect this season, Chase tells PEOPLE "I think that in season 8 you see a lot of growth — what Savannah and I are both going through, our struggles."

Chase also shares the show will highlight how he and Savannah "overcome" their challenges and how they "grow as people and as partners" in their relationships.

"There's a lot of change and I think the big thing for a lot of people who watch our show is that it's been hard for them to view us as young adults. They're kind of stuck on that 15-year-old, 16-year-old mindset. Chase just turned 24 and I will be 23 in August and I think it's just about coming into ourselves as young adults," Savannah says.

Savannah also says the show will follow her as she struggles with "endometriosis and my mindset on that and how I start to think about kids."

"We go much deeper," Savannah says. "I'm excited for it because I feel a lot of things we touch on are going to help so many other people. That's just what our role is. We've been given a platform and hopefully that helps other people in the process."

The upcoming season will also follow Todd as he continues to get to know Kerdiles and, of course, Nanny Faye's daily activities, which include drinking mimosas and taking badminton lessons with Julie. 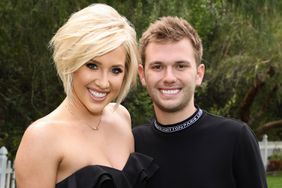 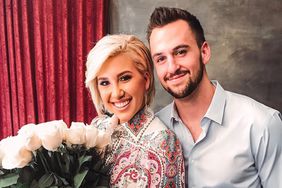 Savannah Chrisley Reveals Why She Postponed Her Wedding: 'Things Moved Way Too Fast' 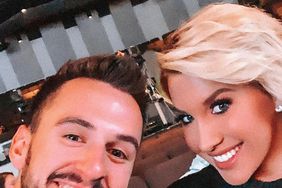 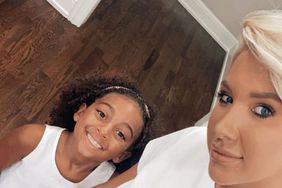 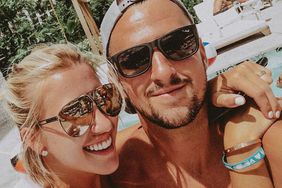 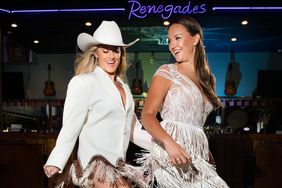