"It's the first time in about three years where I don't know," Sarah Paulson said of what Ryan Murphy project is next, following American Horror Story: Double Feature and Impeachment: American Crime Story

However, the Golden Globe winner, 46, revealed this week that the 10th season of American Horror Story might be her last. When asked by Andy Cohen on Watch What Happens Live what her next collaboration with Murphy will be, Paulson responded, "I don't know. It's the first time in about three years where I don't know."

She added, "I think this is my last season of [American] Horror Story, probably. I mean, I don't know. Every time [Murphy] comes to me with some whack-a-doodle character, I tend to be like, 'Yes, let's do it!' I don't know, this is the first time. So we'll see."

She currently plays a homeless woman named Tuberculosis Karen in AHS: Double Feature. Season 9's AHS: 1984 was the only season she didn't make an appearance in the anthology series.

Paulson previously admitted that she felt trapped by the series in season 6, when she played yoga instructor Shelby Miller in AHS: Roanoke. The season came after she played Marcia Clark in The People v. O. J. Simpson: American Crime Story, another Murphy creation, which earned her a Golden Globe and an Emmy Award.

"I was so underwhelmed by the whole experience because I felt like I had entered into a new place inside of myself in terms of what I thought possible, in terms of what I might be willing to see if I can do," she continued. "I felt really kind of trapped by my responsibility and my contractual obligation to do American Horror Story. As much as it's my home and I've loved it always, it was the first time I felt like I wish I could have gone to Ryan and said 'Please let me sit this one out, let me out.' "

The Time 100 alum is back for Impeachment: ACS, in which she plays Linda Tripp, whose secret recordings of her phone calls with Monica Lewinsky (Beanie Feldstein) were instrumental in the 1997 impeachment trial against President Bill Clinton (Clive Owen).

"I came to feel very protective of her, and I know that a lot of people will find that hard to understand, given what she did," Paulson told PEOPLE of Tripp at the premiere earlier this month. "But I'm a firm believer that we are not every action we take. There's a complexity to every person, and I think we're all capable of doing things we regret." 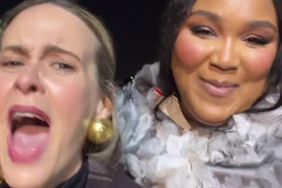 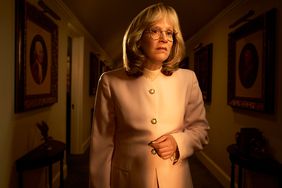 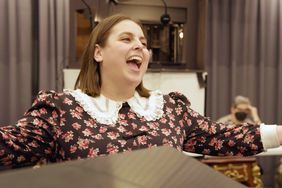