Sarah Hyland and Wells Adams’ romance is a match made in social media heaven!

After the Bachelorette and Bachelor in Paradise alum admitted that he first met the Modern Family star on social media, fellow Bachelor star Ashley Iaconetti has now revealed that it was Hyland who made the first move.

“They’ve made it Instagram official and I think that’s the new Facebook official. So I would say, you’re not going to post multiple pictures on both ends without them actually being girlfriend and boyfriend,” Iaconetti said during the November 8 episode of her Almost Famous podcast. “It was Sarah, Sarah [initiated it].”

Iaconetti’s cohost Ben Higgins went on to reveal that the interest was mutual.

“Sarah saw interest in Wells, reached out to Wells, and Wells showed interest back. What a beautiful story,” the former Bachelor star said. “And the fact that they’re having fun — I know Sarah just got out of a relationship, Wells has kind of been dating and also going on Bachelor in Paradise and kind of had his romantic interest — so if their journey leads them together through whatever means, we should celebrate that.”

Hyland and Wells, who began flirting on Twitter this summer, took their relationship public this Halloween, dressing up as characters from Stranger Things together and posting plenty of photos on Instagram.

Hyland had been vocal about her not-so-secret crush on the radio DJ, 33, since his time vying for JoJo Fletcher‘s heart on season 12 of The Bachelorette in 2016.

And their romance has even inspired flirty accessories.

The 26-year-old actress shared a black-and-white photo displaying a necklace with Adams’ first initial on it. And in case there we any doubts, she tagged the radio host in the image.

“Call it what you want #notbecauseheownsme,” Hyland wrote in the caption, which referred to Taylor Swift‘s newly released love song, “Call It What You Want,” about the singer’s British boyfriend, actor Joe Alwyn. 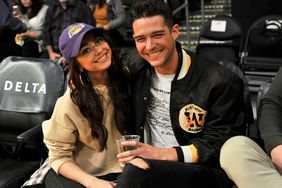 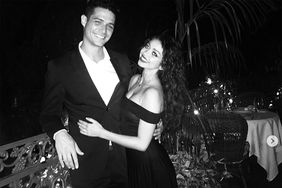 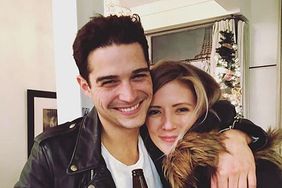 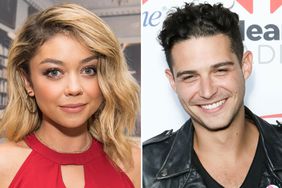 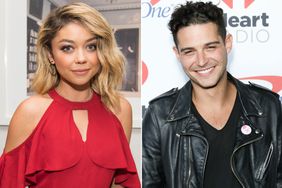