Of the three components to Survivor — outwit, outplay, outlast — the latter was key to Sandra Diaz-Twine‘s win over Micronesia champ Parvati Shallow and two-time Sprint Fan Favorite Russell Hantz on Heroes vs. Villains. But the bank-teller, who is based in Norwalk, Conn., knows her victory here and in the Pearl Islands comes with haters who say she’s nothing but a non-immunity-winning coattail rider. Diaz-Twine spoke to PEOPLE about what she wishes got to see of her strategy and what she thinks Russell did wrong. … – Cynthia Wang

Russell says he should have won Heroes vs. Villains and the Fan Favorite award proves that. He says the same thing all day long — he won and the game is flawed. And I’m just like, fool, you don’t know how to play. Just because you saw a DVD of Micronesia and you played in Samoa, that makes you an expert? I’ve been watching Survivor since the first season, you know? I take a bit of every season, of every winner, all the dos and don’ts, and I have a winning combination and he doesn’t understand that.

Was there any way Russell could have won?Anyone who goes up against him will automatically win. Now I did want Russell out, but then when you look at it, you’re like, wait a minute. If a Hero makes it, they will automatically get all those votes, so it was a big hustle. But then after a while it was like, man, Russell is so bad, because a lot of times he would say, ‘Hey, Parvati, Danielle, let’s go under the shelter and have some laughs,’ and he’s sitting there in front of Colby, Rupert, Amanda and Candice reading JT‘s letternot knowing that hey, these wrote this letter together, so when you laugh at JT because he handed it to you, you are laughing at all of them. So there was a bunch of things he did wrong.

People say you didn’t really have a strategy or make moves. Anything we may have missed in the edit?For example, on day 35, the night that Danielle went home, that night I told Rupert, ‘I’ll never write your name down.’ Then we go to tribal council and the big fight happens and I end up writing Rupert’s name down. So Rupert was mad and in the morning, I’m like, Rupert, it’s okay, we can still get rid of Russell,’ and Rupert is like, ‘Who, you me and Colby?’ And I’m like, ‘No, just me and you,’ and he says to me, ‘Russell’s coming,’ so I left and he turns and runs and goes and tells on me, after I was planning on giving him my idol to save him to get rid of Russell.

Can you give an example of your style of play and your thinking process out there?On minute No. 1, Randy comes up to me and he’s like, ‘We’ve decided Parvati goes home first.’ I’m like, ‘Who’s we decided? You know that I like to be in the majority.’ He’s like, ‘She’s got to go because she was a winner,’ and I’m like, ‘This dummy did not watch my season!’ How do you tell me some crap like that? I was like, ‘Randy, who is this ‘we decided?’ Because I wasn’t part of ‘we decided.’ I was like, ‘hell, no!’ So I went and told Parvati. It’s true they’ve been after her since the beginning and I just said, ‘You know what? As long as she’s in the game, they don’t come after me.’

So you don’t need to win immunity challenges to be on top?Yeah, I’m weak, but being weak actually freaking works! People can say I’m wrong, but Colby was dominant and he had won the most challenges for one guy. Then they got rid of him on All-Stars because he was such a threat and then this time he came back and he wasn’t doing so well, and we merged, and were like, ‘We got to get rid of JT, then we got to get rid of Amanda, and then Rupert with his broken toe, then Colby.’ So look what just happened. Colby’s performance actually put him at the end, farther than Rupert’s broken toe! 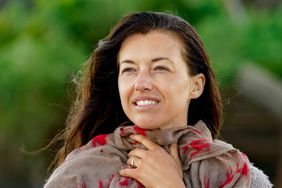 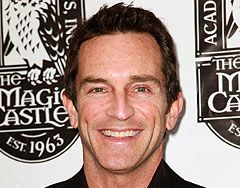 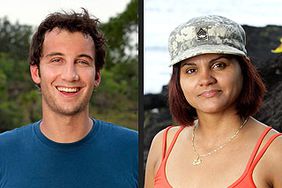 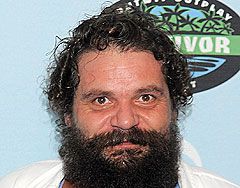 'Survivor' 's Rupert Boneham: Nobody Sees Colby as a Threat 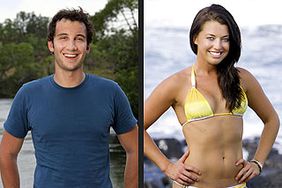 Stephen's 'Survivor' Strategy Blog: Cirie Is Not The Boss of JT 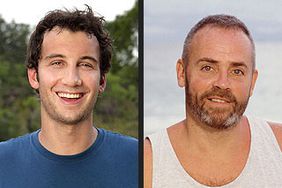 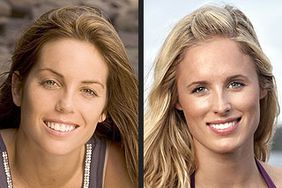