Saginaw Grant died "peacefully in his sleep of natural causes," his publicist and longtime friend, Lani Carmichael, said in a statement

Saginaw Grant, a Native American actor known for various television roles on shows including Breaking Bad and The Lone Ranger, has died. He was 85.

On Wednesday, Grant died "peacefully in his sleep of natural causes," his publicist and longtime friend, Lani Carmichael, said in a statement to the Associated Press. He died at a private care facility in Hollywood, California.

"He loved both Oklahoma and L.A.," Carmichael said. "He made his home here as an actor, but he never forgot his roots in Oklahoma. He remained a fan of the Sooner Nation."

"His motto in life was always respect one another and don't talk about one another in a negative way," she added.

Grant's death was also announced in a social media statement shared on his official Facebook page this week.

"It's with heavy hearts we announce a warrior has been called home," the post read. "Saginaw Morgan Grant, the hereditary chief and medicine man of the Sac & Fox tribe, traveled the world speaking of his traditions, his experiences, his sobriety and his faith as both a Native American and a Christian."

Alongside his roles on Breaking Bad and The Long Ranger, Grant also starred in other projects over the past three decades, including Community, Baywatch, Veep, American Horror Story, and Shameless, to name a few.

He was also a part of the Native American veteran's community, where he took part in the National Gathering of American Indian Veterans for years, according to event organizer Joseph Podlasek.

The annual event, which is held in Wheaton, Illinois, honors "veterans and military personnel of all cultures, eras and branches in a Native American style," The New York Post reported.

"He thought it was important for Native people to get recognized as veterans," Podlasek told the outlet. "He was kind and gentle, and very humble."

Grant is survived by his daughter Lisa, his grandchildren Cassandra, Vanessa, and Della and his great-grandchildren Joseph, Sherry Jo, Stephen, and Micah Little Crow, as well as his brothers Austin and Francis.

A memorial in Grant's honor is set to be held in the Los Angeles area in the near future. 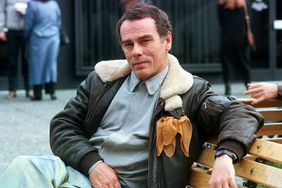 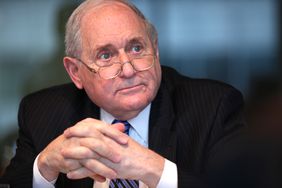