"It's kind of shocking because you don't really think that it can happen two years in a row," says Tony Shalhoub of his SAG Awards wins

On Sunday, the Marvelous Mrs. Maisel star, 66, took home the award for outstanding performance by a male actor in a comedy series at the 2020 SAG Awards, his second consecutive win at the awards show.

“It’s kind of shocking because you don’t really think that it can happen two years in a row,” Shalhoub said at PEOPLE’s SAG Awards Gala. “… I guess it’s different because the second time, it just feels less likely.

He added to PEOPLE: “You feel like it’s a fluke the first time and then the second time — it can’t be two flukes in a row.”

In the series, Shalhoub — who said he’ll display his trophy on his fireplace at home — plays Abe Weissman, the father of the titular comedian Midge Maisel, played by Rachel Brosnahan.

The cast of the show also claimed the top prize for outstanding ensemble in a comedy series on Sunday, and was shocked that attention didn’t go to another acclaimed Amazon series, Fleabag.

“We’re all such big fans of Fleabag. They were having such an amazing year in terms of accolades and awards, and we just figured that this was their year,” Shalhoub told PEOPLE. “We were all fond of that because they’re still part of the Amazon family. But here we are.”

Costar Alex Borstein even joked about the cast’s stunned reaction to beating out Fleabag while accepting their statuettes.

What You Didn’t See at the SAG Awards, Including Brad Pitt and Jennifer Aniston’s Sweet Reunion

During his acceptance speech earlier in the evening, Shalhoub used his time to remember his late costar Brian Tarantina, who died in November at age 60 from an accidental drug overdose.

“I share this actor with my fellow Maisel castmates,” Shalhoub said. “It is a joy to know you. It is a privilege to work alongside you. And so with your blessings, I will dedicate this to one of our family who we lost this year and who we miss terribly, the most marvelous Brian Tarantina, our brother. Here’s to you.”

This is Shalhoub’s fourth SAG Award after winning last year for outstanding performance by a male actor in a comedy series, also for Maisel. He’s won previously in 2005 and 2004 for his performance in the comedy series Monk.

Season 3 of The Marvelous Mrs. Maisel is now streaming on Amazon Prime and a fourth season was ordered by the streaming service last year. 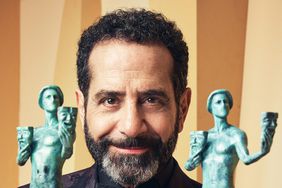 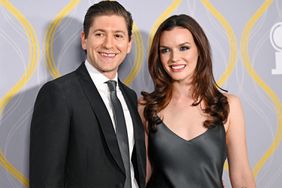