As the drama rages on between Ronnie Ortiz-Magro and Jen Harley, the Jersey Shore star is thinking about their baby daughter.

On Friday, Ortiz-Magro, 33, shared a photo of 9-month-old Ariana Sky wearing one of her dad’s diamond cross chains.

“I miss you monster! Daddy loves you more than life itself! #MyHeart #MyWorld #ILoveYou #DaddyWillSeeYouSoon,” he wrote.

It appears the baby girl is currently with her mother. On Thursday, Harley, 31, shared a photo of Ariana in her stroller on her Instagram Story, as well as one of her snuggling with a dog in bed.

The volatile couple split following an alleged violent altercation during a New Year’s Eve Party. On Friday, Us Weekly shared photos allegedly depicting Ortiz-Magro’s injuries, revealing a gash on his forehead and swollen nose, as well as a bloodied lip.

The Las Vegas Metropolitan Police Department confirmed to PEOPLE that Ortiz-Magro had filed a battery domestic violence report against Harley on Thursday. According to the spokesperson, Ortiz-Magro alleged the battery occurred on Dec. 31, 2018 at 11:43 p.m.

A source told PEOPLE the pair allegedly got into a heated argument while at the Las Vegas strip club Hustler.

“She was mad about something she saw on his phone [and] she freaked out,” said the source, who claimed Harley then allegedly “lunged” at Ortiz-Magro as he tried to leave the club.

“She was restrained by his friend, but when he was walking out she took an ashtray from the table and threw it at his head, busting his nose and lip,” the source said.

Representatives for the former couple have not responded to PEOPLE’s requests for comment.

After the alleged incident, Harley returned home that night to find her home had allegedly been ransacked. She reportedly told authorities she believes Ortiz-Magro broke in. However, the source close to Ortiz-Magro claimed the reality star never broke in, but “busted a table while he was there because they were fighting.”

The source said Ortiz-Magro wants to “protect his daughter.”

According to the spokesperson, officers could not locate any forced entry, and it is unknown if Ortiz-Magro is the suspect. The case remains under investigation.

Ortiz-Magro and Harley have a history of explosive altercations. On June 24, Harley was arrested for domestic battery after an incident in which she allegedly briefly dragged Ortiz-Magro with her car while their infant daughter was in the backseat.

She was released from the Clark County Detention Center the following day after posting the $3,000 bail; the Clark County District Attorney’s Office later confirmed to PEOPLE that there was “insufficient evidence” to prosecute her.

At the time, a source told PEOPLE Ortiz-Magro had been “trying his best” to make things work with Harley for the sake of their daughter.

“If the kid wasn’t involved, it would be over,” the source said. “He’s constantly trying to make it work for the sake of his daughter.” 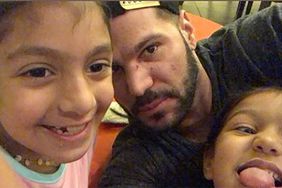 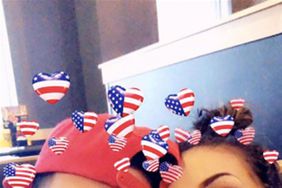 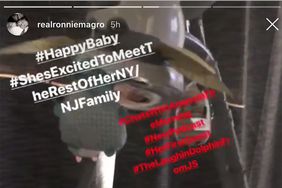