On the heels of the unexpected death of former Fox News chief Roger Ailes, questions arise regarding the future of several ongoing lawsuits

On the heels of the unexpected death of former Fox News chief Roger Ailes, questions arise regarding the future of several ongoing lawsuits alleging widespread sexual harassment at the news company under Ailes’ tenure — not to mention what will become of previous settlements involving Ailes brokered by Fox News.

Douglas Wigdor of Wigdor LLP, who is representing multiple complainants in suits against Ailes, issued a statement to PEOPLE highlighting the murky legal fate of ongoing litigation.

“The sudden passing of Roger Ailes will make it difficult for Fox News to refute the allegations against him as his testimony was not secured by sworn testimony to date,” reads the statement. “For example, our client Lidija Ujkic claims in her complaint pending in the Southern District that Mr. Ailes made the following comments: (i) insisting that President [Barack] Obama is a Muslim who had ulterior motives and was working with terrorists; (ii) discussing the Fox News recipe for success as showing women from the feet up; (iii) asking Ms. Ujkic to stand up and turn around so he could see her from behind and commenting that he liked what he saw; and (iv) calling her ex-boyfriend and asking whether she “put out” and “how’s the sex,” Wigdor said.

Lawyer Lisa Bloom, who is representing several women alleging discrimination at Fox News, took a different stance, tweeting that she hopes Ailes’ death will free some accusers up to address the alleged pervasive misbehavior under his leadership.

“Roger Ailes has died. Let all his victims now be ungagged for the true, full reckoning of his life. And give them back their jobs,” she wrote.

“Gretchen Carlson’s allegations are false,” he said in a statement released to PEOPLE. “This is a retaliatory suit for the network’s decision not to renew her contract, which was due to the fact that her disappointingly low ratings were dragging down the afternoon lineup. When Fox News did not commence any negotiations to renew her contract, Ms. Carlson became aware that her career with the network was likely over and conveniently began to pursue a lawsuit.”

After Carlson’s initial allegations were made, six more women – four who remained anonymous – came forward claiming that they had similar experiences with Ailes over multiple decades.

Barry Asen, the outside legal counsel for Ailes, released a statement to PEOPLE denying their claims: “It has become obvious that Ms. Carlson and her lawyer are desperately attempting to litigate this in the press because they have no legal case to argue. The latest allegations, all 30 to 50 years old, are false.”

In September, a source told PEOPLE the former anchor reached a settlement with Ailes and she was expected to receive $20 million.

Rupert Murdoch, head of Fox News’ parent company, issued a statement obtained by PEOPLE Thursday that did not address any claims against him: “Everybody at Fox News is shocked and grieved by the death of Roger Ailes. A brilliant broadcaster, Roger played a huge role in shaping America’s media over the last 30 years. He will be remembered by the many people on both sides of the camera that he discovered, nurtured and promoted,” he said.

The statement from Murdoch, 86, continued, “Roger and I shared a big idea which he executed in a way no one else could have. In addition, Roger was a great patriot who never ceased fighting for his beliefs. At 21st Century Fox we will always be enormously grateful for the great business he built. Our thoughts and prayers are with his wife Elizabeth and son Zachary.” 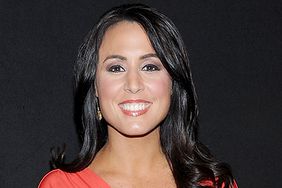