"It makes me proud to champion veterans and their families," Rob Riggle tells PEOPLE

Rob Riggle is hosting an event to celebrate the two things he really loves — veterans and golf — and no, it’s not the Catalina Wine Mixer.

The Step Brothers actor and comedian, who is a veteran himself, will host his second annual Rob Riggle InVETational Golf Classic in partnership with military media brand We Are the Mighty on Dec. 4 to raise money and awareness for the Semper Fi Fund, a nonprofit organization that supports wounded, critically ill and injured service members and their families.

“It makes me proud to champion veterans and their families,” Riggle, 47, tells PEOPLE of the event. “They have some of the most compelling stories in the world and, oftentimes, they’re just not heard. I like putting a spotlight on them to generate some support, funds and awareness so that they can continue to have a great life.”

Following the success of last year’s inaugural event, which raised $300,000 for Semper Fi, the golf tournament will once again see Riggle’s celebrity friends and wounded warriors contend for the lowest scores and most laughs on the golf course to generate funds.

He continues: “Their bodies are shattered. Oftentimes, the government doesn’t do enough or there are gaps in their recovery, and I feel we, as citizens, should step in and help where we can. ”

When it comes time for the big event, Riggle says he is most looking forward to “spending time with the veterans, seeing old friends and playing golf,” but he also can’t wait to shine a spotlight on something he thinks doesn’t get as much attention as it deserves — the stories of the spouses and children of veterans.

Supporting this cause is personal for Riggle, as he served for 23 years as a Marine with deployments to Liberia, Kosovo and Afghanistan before retiring in 2013 as a lieutenant colonel.

“I’m proud that I had the opportunity and the ability to serve my country,” he says. “I would do it again in a heartbeat if they needed me to. Some of the folks that I served with were some of the most honorable, selfless, brave people I’ll ever have the pleasure of knowing in this lifetime, so it was an honor.”

For those wanting to join in on the fun, there is currently an experience up for auction in which you and a guest can bid on the chance to play in a foursome alongside two veterans at the event. Riggle will also join you and your guest for one hole of golf during the tournament and share a beer.

In addition, the winner of the auction will be seated at Riggle’s table at the Awards Dinner following the golf tournament, have photo-ops on the camouflage carpet and receive gift cards, swag and a complimentary two-night hotel stay near the course.

The second annual Rob Riggle InVETational will be held at the North Ranch Country Club in Los Angeles on Dec. 4. 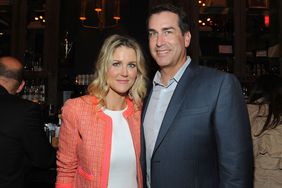