This isn’t the Rob Lowe you’re used to seeing.

There’s nothing pretty about the Parks and Recreation star in his new role as accused wife-killer Drew Peterson in Untouchable, a Lifetime thriller now shooting in Los Angeles.

To play the 57-year-old former Illinois police sergeant – jailed since May 2009 on charges he drowned his third wife, Kathleen Savio – the chameleon-esque actor, 47, goes through a nine-hour transformation every day.

Even more grueling than all that time spent in hair and makeup? Cleaning up in time to meet Prince William and Kate at Saturday’s charity polo match in Santa Barbara. 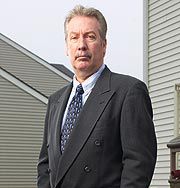 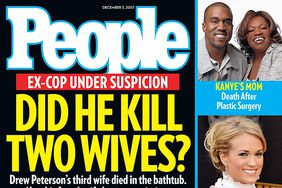