Rob Kardashian Is Still Struggling With His Weight, 'Can't Seem to Get Healthy': Source

Rob Kardashian is still struggling with his weight, a source reveals to PEOPLE.

“He can’t seem to get healthy even though he says he wants to be,” says the insider. “He’s constantly up and down.”

The insider notes that Kardashian did lose “some weight” after his 2017 break-up with Blac Chyna, with whom he shares daughter Dream, 1. “Things were looking good for him,” says the source. “But then drama comes into his life or he goes through tough times and he gives up.”

And Kardashian has had plenty of drama with his ex, including a painful and protracted custody battle and a lawsuit filed last October in which Chyna claimed that Kardashian physically and verbally assaulted her, as well as damaged her brand after he leaked nude photos of her last summer.

Kardashian has battled his weight for years, even retreating from the Keeping up with the Kardashians cameras because “I gained a bunch of weight and was super uncomfortable in my skin,” he told PEOPLE in 2016. “The whole weight thing really affected me.”

And the insider says he still struggles with a healthy diet. “Food is the hardest part for him. He’s a big comfort eater.”

Still, close friends and family hope Kardashian will turn things around and find as much happiness with himself as he has with Dream. 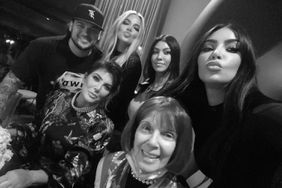 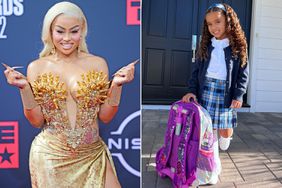