Rob Kardashian Denies Blac Chyna's Claims That He Assaulted Her

"She did not suffer any injury or harm as a result of any conduct by [Kardashian]," Rob Kardashian's response states

Rob Kardashian is denying the assault claims brought against him by ex-fiancé Blac Chyna.

According to court documents obtained by The Blast and filed Dec. 27 in the Superior Court of Los Angeles, Kardashian, 30, says in his response that he “generally and specifically denies each of the allegations” in 29-year-old Chyna’s lawsuit against him, Kris Jenner and Kim Kardashian.

“She did not suffer any injury or harm as a result of any conduct by [Kardashian],” his response states.

Chyna (born Angela White), who shares 13-month-old daughter Dream with Kardashian, accused him of physical abuse in April, saying when she tried to call Tyga — Kylie Jenner’s ex and the father of Chyna’s 5-year-old son King Cairo — Kardashian “immediately grabbed the phone from her hand and violently knocked her to the ground where she landed on her hands and knees.”

She said she recorded Kardashian yelling and ransacking her closet. “Ms. White suffered pain and difficulty walking for days following the domestic dispute as a result of Rob Kardashian violently knocking her to the ground,” her complaint stated.

The mother of two additionally alleged that the nude photo scandal —Kardashian went on a social media rampage July 5, in which he shared graphic and expletive-ridden content about the mother of his child — along with influence from the Kardashian family, are what got Rob & Chyna, her E! reality show with Kardashian, axed before a season 2.

In his response, Kardashian, who sued Chyna in September — he alleged in court documents that she “lunged towards Rob with an iPhone charging cable and attempted to strangle [him] with the cord around his neck” on Dec. 14, 2016 — says that any “damages resulting from any injuries or harm [Chyna] claims to have suffered must also be offset against the damages [Kardashian] suffered as a result of [Chyna’s] wrongful acts.”

He states in his response that any alleged statements made by him about Chyna — whose complaint included defamation claims — “are not actionable” because he “believed them to be true at the time they were made” and “they were expressions of opinion.”

Kardashian also alleges that Chyna’s claim that he breached any contracts is barred because she “breached the same contractual provision about which she complains.” He is requesting that the case be dismissed.

In a statement to PEOPLE, Chyna’s attorney, Lisa Bloom, said, “We are confident that we will prevail on this motion and at trial.” 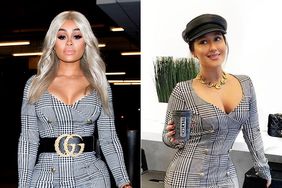 Kim and Khloé Kardashian: Rob Should Have 'Controlled Himself' During Blac Chyna Drama 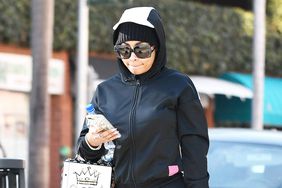 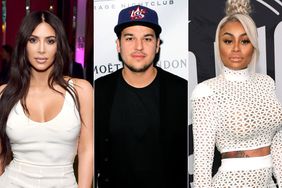