Richard Madden Neglected to Tell His Mom About His 'Bodyguard' Sex Scene: 'It's Not Fun for Her'

"I've made a few mistakes in my time, which is neglecting to tell my mother that there's going to be a sex scene in the show," said Bodyguard star Ricard Madden

Richard Madden‘s parents got to know a different, more personal side of their son when they tuned into Netflix’s Bodyguard.

Sitting down on The Ellen DeGeneres Show on Thursday, the Scotland native discussed going nude on screen — and the hilarious reaction his mother had when she saw his bare butt on screen.

For those who haven’t tuned into the show, Madden, who also played Robb Stark on Game of Thrones, said the series is about a “damaged man looking after a politician who’s very much against all of his politics, and all the kind of things that come with that. And the kind of ambiguity all the way through of: what’s he doing it for? What are the reasons behind his actions?”

While the majority of viewers didn’t seem to mind seeing Madden’s derrière, his parents would have appreciated a heads-up.

“Back to your butt. Are your parents happy about seeing the butt?” DeGeneres asked.

Smiling, Madden quickly confirmed, “No, they’re never happy about the butt. I’ve made a few mistakes in my time, which is neglecting to tell my mother that there’s going to be a sex scene in the show and then get kind of a hysterical phone call of, ‘You must tell me and your father! I was watching it at the time [with] a cup of tea and nearly spilled it!’ ”

Understanding his mother’s perspective, DeGeneres said, “Yeah, it would be awkward to see that.”

“Yeah, it’s not fun for her,” Madden replied.

Richard Madden: Game of Thrones Inspired My Love of Horses

Still, DeGeneres is glad that he opted to strip down for the show: “We like it — it’s very sexy. You’re very sexy in this [show], I mean you really are. You’re fantastic.”

Although a second season of the Netflix series hasn’t been announced yet, it seems likely and Madden and his costars are hopeful.

“It’s definitely a possibility. I’m meeting Jed [Mercurio] the writer tomorrow, actually. I think we’ll probably have a glass of champagne and do some talking,” he told PEOPLE on Dec. 6. 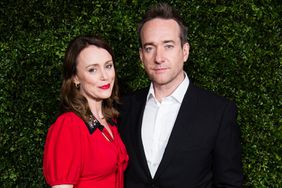 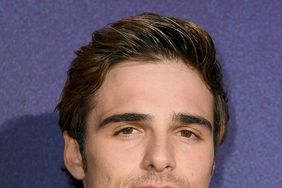