Real Housewives of Salt Lake City star Jen Shah is opening up about how severe her marital issues with husband Sharrieff Shah had gotten.

On Sunday's season 2 premiere, Jen had a candid conversation with Lisa Barlow — at the Shah family's new chalet — about the woes in her marriage. Jen, 47, admitted that while she was now doing okay, the last six months had been "really rough" for her.

"I thought that my entire world was ending. Six months ago, Sharrieff and I almost got a divorce," Jen said about her husband, a football coach at the University of Utah. "Really, I thought my life was, like, over. Sharrieff felt like he wasn't being a positive influence in my life. Like, he couldn't help me. What I didn't realize was how I was acting and because I hadn't fully told him how I was feeling, it made him feel like he was the problem."

Jen continued, "So he was like, 'Okay, I have to leave.' And at first, I thought, okay, this is just an argument. And then the next day, a divorce attorney contacted me. He had already reached out to a divorce attorney. And Lisa, I was devastated."

RHOSLC's Jen Shah Says Legal Woes Left Her and Her Husband 'Closer Than Ever,' Maintains Innocence

Asked by Lisa what "the catalyst" was for their issues and how the couple would "move forward," Jen said: "After my dad passed and he wasn't there, I didn't realize this but I was being resentful to Sharrieff, and I didn't even know I was."

"It's hard, like, being a coach's wife in a power five conference. People don't understand, this is not little league," she continued. "I told Sharrieff I signed off on him being a coach. ... I can't be upset with him because I told him to do this."

Jen then revealed that she and her husband of 26 years — with whom she shares sons Omar and Sharrieff Jr. — had sought couples therapy.

"And now we're in couples therapy. We want to be together," said Jen. "I was like, 'Yo, no one's leaving nobody in this marriage. You can try, it's not working.'"

Jen noted that she was feeling "happier" because she had confronted what was "killing" her inside — and she wanted to reach that place of peace with the RHOSLC friend group as well.

"I know Meredith's friendship is important to you. Like, I know when you first met her, you guys were having the time of your lives and then there was this disconnect," Lisa said. "I don't want to be in the middle by any means, Jen. But I definitely really want to be a good friend to you and I really want to be a good friend to Meredith, and part of that means brokering peace in some way, shape or form, because I want you guys to have healing and to come together."

Lisa said that she would "always be there" for Jen but requested: "Just don't kill the person in the middle."

Jen is currently entangled in an ongoing legal battle for her alleged involvement in a nationwide telemarketing scheme. She has maintained her innocence following her March arrest.

Her legal woes are set to play out on this season of the Bravo hit series. 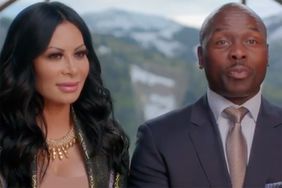 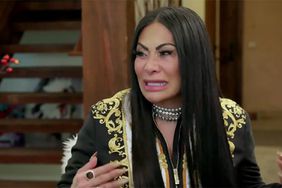