'RHOP' 's Gizelle Bryant Splits from Boyfriend as He Ditches Her Hours Before Event: 'I Hate Him'

"If he cared about me, he wouldn't be doing this," Gizelle Bryant says of Sherman Douglas on Sunday's episode of The Real Housewives of Potomac

In PEOPLE's exclusive clip from the episode, Bryant, 38, rings up costar Robyn Dixon to explain that Douglas, 52, had cancelled on her hours before the two were set to attend Candiace Dillard's wedding.

It was especially upsetting considering Bryant had recently given Douglas, and their relationship, another chance after they split last season.

"My biggest question is, why? Why you doing this? Why are you trying to hurt me?' " Bryant says. "I gave this man a second chance. Why are you wasting my time?"

So why did Douglas cancel? According to Bryant, he wasn't interested in seeing her RHOP costars — especially Monique Samuels, who had spoken negatively about him on the show in the past.

"He said he's not interested in being around all those other people. And I'm like, 'That has nothing to do with me,' " Bryant recalls. "I just feel like a complete and utter idiot. Supposedly you love me, you want to be in my life forever. Monique Samuels should never be a concern."

"I hate him," Bryant confesses. "He just cares about other people. He doesn't care about me. and if he cared about me, he wouldn't be doing this."

Douglas' actions left Bryant so upset, she considers not even going to Dillard's wedding.

Judging on previews that have already aired for the episode, Bryant does in fact make it to the wedding, where she appears to take her anger about Douglas out on Samuels.

"You came for my guy and that wasn't right," Bryant tells Samuels. "If I came for [your husband]," you'd be on your ass."

"I guess I can say now that Sherman is gone and he's gone for good," she said of Douglas, who played professionally for the Miami Heat, the Boston Celtics, the Milwaukee Bucks, the New Jersey Nets and the Los Angeles Clippers from 1989 to 2001. "Our relationship was in a good place, but then he did something very bad. So he's gone forever."

Asked if she was dating again, Bryan said, "Of course, I'm on the dating scene!"

What would it take to get her attention? "A lot of cash and a private jet," she said. 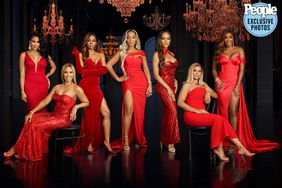 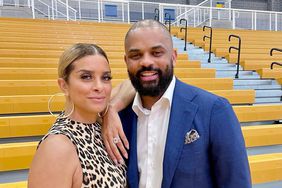