Michael Darby might have declared himself “completely exonerated” after his sexual assault charges were dismissed in court due to insufficient evidence, but Karen Huger still had questions about his innocence.

“I had my opinions and I told you that I needed him to be vindicated. And dismissal is not a vindication,” Huger, 56, told Ashley, during a cast trip to the Cayman Islands. “His charges were dismissed, it didn’t make him innocent … I needed him to be proven guilty or innocent.”

“You need to understand what I’m asking, because of what I’ve been through,” added Huger, who previously said she was raped as a college student. “I have my personal feelings … I’m not here to lynch your husband … It’s not a personal attack and I am not aiming to hurt you. … [But] there is a lingering question over Michael’s innocence or guilt.”

Charges of felony assault as well as misdemeanor improper sexual contact against Michael, 60, were dismissed by a Montgomery County court in October due to insufficient evidence.

Michael later admitted, during in an interview on Fox-5 D.C., that he had “bumped into the cameraman” whom he presumed was Palmer. “He said, ‘Don’t do that,’ and I said, ‘I’m sorry’ and I moved on,” Michael recalled. “It was instantaneous.”

That admission raised a flag for Huger.

“Your husband took to Fox-5. He said that there was contact,” Huger told Ashley during the trip. “And I’m sorry, contact without consent along the way is questionable.”

“Dismissal is not innocent or guilt. It’s just dismissal,” Huger told audiences. “The fact that contact happened and it ended up at this level of severity with charges is beyond me that something didn’t happen.”

Ashley, 31, was quick to defend her husband.

But Huger wasn’t backing down. “I like Ashley. I separate Michael and Ashley. But I’m not going to back down on that,” Huger said. “He is not innocent!”

Eventually, the two went their separate way, collecting themselves only to sit down for another conversation about the topic the next day.

There, Huger once again reiterated that she didn’t have any ill feelings towards Ashley.

“I have to be transparent. I don’t want to start a friendship with you without you knowing how I felt about that particular incidence in your life. Now you know. But my position was to never hurt you,” Huger said. “I’m Team Ashley. I just want to be very clear. This is not an attack, this is a support of you. And I want you to understand that my concern is for you. I do know emotionally you have been through hell and I’m not here to kick you.”

Huger then went on to point out to Ashley how often times rapists aren’t convicted for their crimes, a reason she said she was so upset.

After another heated back and forth, Huger eventually said she was sorry.

“I’m apologizing to you right now, Ashley,” Huger said. “And I hope you receive this. It’s going to take a while for us to move in the right direction. Do I see that? Yes. Did I say what I needed to say in order for us to be in an honest place with you? Yes, I did. Could the delivery have been better? Yes, it could have. And for that, I regret that.” 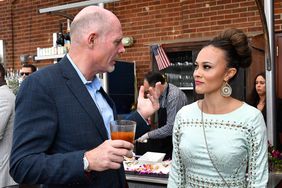 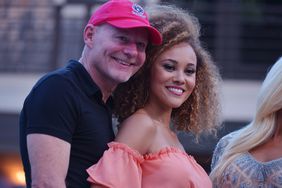 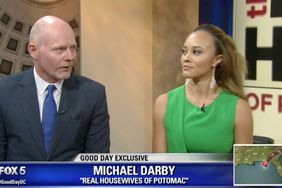