Thought the infamous fight between Candiace Dillard Bassett and Monique Samuels was dramatic? Bring in the husbands.

On Sunday's season finale of The Real Housewives of Potomac, drama ensued in the middle of Robyn Dixon's annual holiday party after an altercation between Candiace's husband, Chris, and Ashley Darby's husband, Michael, dominated the festive event.

But before the escalated drama, the evening actually started out on a high note.

Ahead of Robyn's holiday event of the season, her ex-husband-turned-boyfriend, Juan, confirmed to good friend Gizelle Bryant that he was popping the question to his longtime love during the party. All of the women — including Ashley, Candiace, Gizelle, Karen Huger and Dr. Wendy Osefo — were invited to Robyn and Juan's holiday soirée except for Monique, who was once again left out.

After word got around about the holiday proposal, Ashley excitedly told her husband, who confused her when he said Juan proposing to Robyn is "not possible."

When Ashley asked why, Michael replied, "It's just something I know."

Flash forward to the evening soirée, the women showed up to the downtown D.C. venue wearing their holiday finest — most of the women sparkled in festive white frocks as the host glistened in a long-sleeved red gown.

As event guests greeted each other, Michael proceeded to add fuel to the evening's impending fire after talking to Juan and insinuated that the college basketball coach wasn't going to propose to Robyn. Michael then shared his feelings with his wife and Gizelle, causing the mom of three to get nervous.

"Juan has been previously reluctant to commit as we all know," he told Gizelle.

"I have to go check on Juan Dixon cause it's happening," Gizelle said.

Despite his beliefs, Michael proved to be wrong as Juan surprised an emotional Robyn by getting down on one knee in front of all of the holiday party guests and proposing to her with a square Morganite stone engagement ring.

"Thank you Lord! What you gotta say now, Crocodile Dundee?" Gizelle said, referring to Michael, in a confessional after Juan popped the question.

Following Juan's proposal to Robyn, the ladies were shocked to see Karen walk into the event with her husband, Ray. The LaDame creator had previously told the girls that she was unsure if she would be able to attend as she was out of town selling her fragrance on HSN and her flight home was delayed.

With Karen now present, Candiace decided to use the time to confront her about her wig shift party, telling her to come clean about asking both her and Monique to come to her launch event early with the possibility of the two running to each other or being there at the same time.

But Karen once again defended her stance, explaining that she had told the women to come at different times so they wouldn't run into each other.

"This entire time you have been saying, Oh my gosh, I'm in the middle. I'm friends with both of them, And now you're setting her up. You set her up," Gizelle told Karen.

"Bottom line is, you guys did not meet at my party, and that is because of me," Karen said. "My desire is that we all come together as a group. And Monique speaks her truth. ... She really is working hard to fix those things about her."

"She can't be doing that when she's on social media at the same time lying ... and saying she is not remorseful. She doesn't care," Candiace snapped.

"The truth will come out," Karen responded.

"The truth? You know the truth, you were there. You saw what happened. What the (beep) are you talking about? That's the truth. That's the only truth. What do you mean?" Candiace yelled, her voice carrying over to the bar across the room where Michael was watching the argument unfold.

Michael then walked over to Chris who was grabbing a drink at the bar and said, "Brother you need to control your wife, she is not in control. It's not good for us."

"Michael, you should get the f--- out of my face," Chris said as he turned to Michael. Things quickly escalated with Chris appearing to push Michael back.

"What? Are you touching me? You're touching me?" Michael said as things got more aggressive between the two men. The altercation then appeared to turn physical, putting a halt to the dispute between the women as Candiace and Ashley got up to check on their husbands.

Michael could be heard accusing Chris of hitting him as Ashley asked him, "Who hit you?" Across the room, Candiace asked her husband what happened, then adding of Michael, "He's not worth it."

But just as things appeared to calm down, Ashley attempted to approach Chris and Candiace, yelling at the aspiring singer, "You want to talk s--- about Monique right? So Monique has no self-control but what do you have?"

The altercation immediately picked back up with Candiace yelling at Michael, "Do you want to talk to me Michael?, I m----- f------- dare your ass."

"I'm calling my lawyer right now, you're going to jail," Michael yelled, adding, "Get him out or I'll call the police. I'm a respected businessman and that guy's touching me."

Security then intervened, prompting Chris and Candiace to make their way out of the event.

"Every chance he gets, he talks down to a (beep) woman. He will never do it to a fucking man, ever, because he's a bitch," Chris said of Michael. "Disrespect your wife all you want to, you won't do it to mine."

Karen and Ray also decided it was time to exit the party after the fight, following Chris and Candiace's exit. And despite Karen giving Candiace a warm hug and telling her that everything is going to be okay, the former pageant queen said she could no longer trust Karen.

"Everything that I felt I knew about my entire friendship with Karen, I'm discovering that what she's given me is a series of shady, disloyal, fake crap," Candiace said in a teary confessional.

Back inside the event as Robyn, Gizelle and Wendy continued to enjoy themselves on the dance floor, Ashley and Michael continued to argue amongst themselves as the Australian businessman appeared to get into another altercation, this time with the show's crew.

Security and crew members could be seen trying to control Michael as Ashley yelled at her husband, "They're doing their jobs! Stop!"

Michael made his way outside the venue as Ashley stayed in the party alongside Gizelle.

At the very end of the episode, both Monique and Candiace revealed that the charges from their previous altercation had been dropped on both sides.

"So now we are at a point where we were able to look at whatever footage they had of the fight, and the court decided that this was not an attack, this was a mutually constitutive fight, and we are dropping both complaints," Monique explained. "You're not going to send me to jail because you're embarrassed because you got dragged when you asked to get dragged ..."

Candiace, on the other hand, said, "There were so many lies being spewed from every direction at the hands of Monique, her trash lawyer and their team. It turned off the court system ... It makes me angry to know that I was betrayed by someone I trusted. I might as well have been peaking with the devil because this is not healthy."

Next week, the women come back together for a three-part in-person reunion special which is filled with accusations, color-coded receipts and tears. 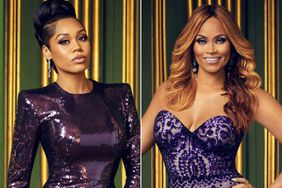 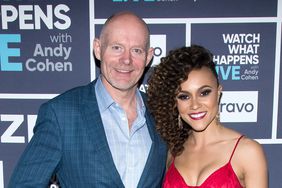 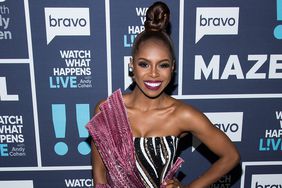 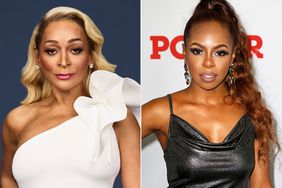 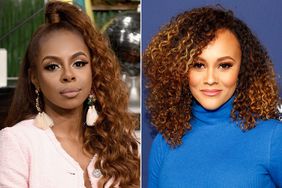 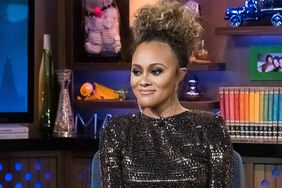 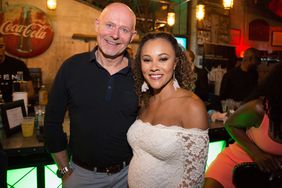