"The betrayal that you felt for John manifested to anger towards me," Tinsley Mortimer said about Dorinda Medley's ex, John Mahdessian

Things are getting heated between Tinsley Mortimer and Dorinda Medley.

During part one of the Real Housewives of New York City reunion on Thursday, the ladies — all donning black outfits — gathered together with host Andy Cohen to hash out this season's most dramatic moments, including Tinsley's sudden departure from the show.

"Scott did not make me choose between him and the show," Tinsley (who got engaged to fiancé Scott Kluth in November) explained after Andy asked the reason behind decision. "I knew that the show was definitely an issue for him. I knew that when we got back together it was a decision that I had to make. ... I chose him over being here with everybody. I didn't want to put him in the mix of all this because it could be toxic and it could be bad for my relationship."

After Andy asked if she and Dorinda had spoken since her exit, Tinsley said, "No, of course not."

"We were actually friends at one point," said Tinsley, 45. "The vile turkey baster comment when women cannot get pregnant and the infertility ..."

"Are you having a problem getting pregnant?" asked Dorinda, 55, who made the insensitive joke earlier in the season.

"No, but I am shamed for wanting a child," Tinsley responded.

"I'm surprised you don't have one already," said Dorinda. "You've been talking about getting pregnant."

After apologizing about the turkey baster remark, Andy, 52, asked Dorinda point blank: "What is your issue with Tinsley?"

"I believe half of what I hear in life and all of what I see," Dorinda responded. "You guys saw just what was on the show. There was a lot of stuff that went on."

"What happened was, after [Scott and I] had broken up, when we were in Miami — this was season 11 — you and I got in this horrific fight that was not on camera because I had told you that Scott had generously given John [Mahdessian] (Dorinda's ex-boyfriend) some money that you did not know about," said Tinsley.

"I don't know why we're talking about John," said Dorinda.

"The betrayal that you felt for John manifested to anger towards me," Tinsley told Dorinda. "You took it out on me. You called John screaming."

But Dorinda denied it, saying, "It's just not true."

"The producers did not want me to stay in the house that night because you were going so crazy," said Tinsley. "They were worried for my safety. You turned on me that moment when you found out John had that money," she claimed.

After Andy asked if that was the real reason behind the fallout, Dorinda responded, "No, I didn't even know about that."

Then, viewers watched unseen footage from season 11, when Dorinda confronted John about the situation.

"You don't run game behind my back, ever," Dorinda told John on the phone. "I don't want you to talk to Scott. He's not your friend. When I say to you don't do something, you better f------ well listen."

"I did nothing to you to make you hate me the way that you do," said Tinsley. "Your jealousy, your hatred, your obsession with my relationship. Hey, girl, I'm engaged. We're getting married ..."

"With no financial security," Dorinda interrupted. "Tinsley, I'd hate your life."

"Sorry I'm not a part of that," Dorinda said after Leah McSweeney gave nod to Tinsley for introducing her to the group. "I will not give Tinsley that. F--- you. I won't. Tinsley almost ruined our show. You're going to give a toast to Tinsley who left the show and breached her contract and left over nothing. You don't mention her name."

In June, Tinsley bid farewell to New York with an Instagram post, leaving the city — and reality show — behind to be with her now-fiancé Scott in Chicago.

"Thank you from the bottom of my heart to all my fans and friends who supported me and are happy for my fairy tale ending," Tinsley wrote in a caption for a series of videos and photos. "Without #RHONY, I would never have met my prince charming, Scott. Being a Housewife 🍎 was such a fun experience, and I thank @bravoandy and all the wonderful people at Shed Media and @bravotv."

Last month, Dorinda — who joined the hit franchise during season 7 — announced her own departure from the show on social media.

A source told PEOPLE that Dorinda chose to leave the franchise and was not fired. "She was not fired — it was a mutual decision that was discussed and then ultimately made by both Dorinda and Bravo," the source said.

On his Sirius XM show Radio Andy on Wednesday, Andy said that "the door is definitely open" for Dorinda to return.

"I love her," Andy said. "She has been so iconic to the show from the moment she walked in."

However, Andy admitted: "[Dorinda] would be the first person to tell you that she didn't have a great season this season." 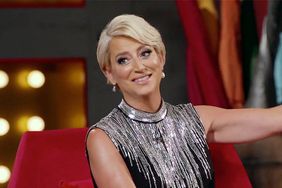 RHONY: Dorinda Medley Admits She Should've Taken This Season Off — 'I Was in a Damaged Place' 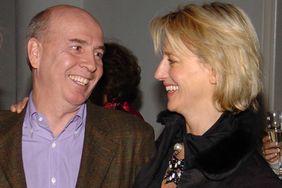 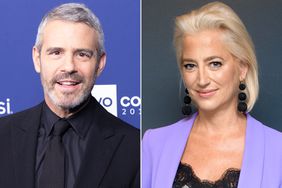 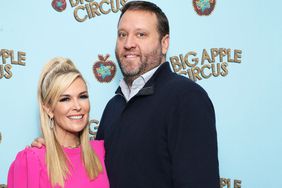 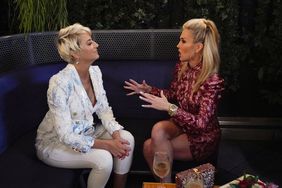