"I think anybody that would say something like that about someone else's child is disgraceful," Teresa Giudice said

Teresa Giudice is speaking out following her explosive argument with Jackie Goldschneider during the season 11 premiere of The Real Housewives of New Jersey.

On Wednesday night's episode, the Bravo costars met at Margaret Josephs' home to clear the air after Goldschneider, 44, learned that Giudice, 48, was spreading rumors that Goldschneider's husband, Evan, was cheating on her.

But the conversation quickly went south when Giudice refused to share who she heard the rumor from, leading Goldschneider to come up with an analogy about Giudice's 20-year-old daughter, Gia.

Comparing repeating seemingly baseless rumors about someone's husband cheating to saying she "heard that Gia snorts coke in the bathroom at parties," Goldschneider asked Giudice: "How is that not the same thing?"

The comment — which Goldschneider has since said was "simply an analogy" — caused Giudice to storm out of Josephs' home while spewing expletives at the mom of four on her way out.

"I think anybody that would say something like that about someone else's child is disgraceful," Giudice told Entertainment Tonight after the episode. "As a lawyer, not smart. Just saying! Not smart at all."

Giudice continued, "She tries to act like she's this person you could speak to, and she's a lawyer and all this. A lawyer and being so smart, that was the worst analogy possible. And being a mom of four? Very bad move."

During the episode, Giudice first brought up the cheating rumors at Evan's birthday party, telling costars Josephs, Melissa Gorga, Dolores Catania and Jennifer Aydin about what she had heard. The Bravo star says she stands by her decision to tell the other Housewives.

That said, Giudice did admit that she was drinking at the party, which influenced her decision to bring up the rumor.

"I was drinking a lot of tequila and then, I don't know, I was looking at her, and this is how I work … I'm very spontaneous, something just clicked in my brain and I was telling my girlfriends," she said. "It's not like I was telling strangers. We're all in the same circle."

RELATED VIDEO: Jackie Goldschneider Promises That There Is 'A Lot of Relationship Drama' on This Season of RHONJ

In an interview with Page Six, Goldschneider — who shares Jonas, 12, Adin, 12, Hudson, 10, and daughter Alexis, 10, with her husband — said that it was "unfortunate" that Giudice "didn't understand" her analogy about Gia.

"Clearly, I'm not trying to say anything about anyone's children, but just the fact that there was such an explosive response to an analogy that used your child's name … Do you understand, now, how I feel?" she said.

Goldschneider also said she was really "proud" of the way she handled the blowout.

"Across the board, I think, husbands and children should be off-limits, but once it went there, I'm proud of the way that Evan and I handled everything together," she said. "I'm proud of us." 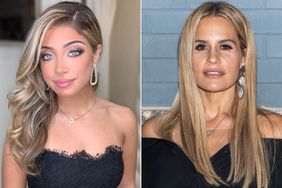 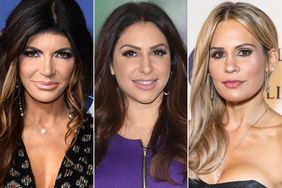