Teresa Giudice‘s family and Bravo costars urged her to hurry up her divorce proceedings on Wednesday’s Real Housewives of New Jersey, over fears that her estranged husband Joe Giudice would seek spousal support if she waited too long.

PEOPLE broke the news back in December that Teresa, 47, and Joe, 49, were splitting after 20 years together. At the time, a source close to the pair said that the two weren’t exploring divorce proceedings yet.

That’s still where things stood as of reunion time, but Teresa’s brother said he had been trying to get her to hurry up the process.

He added that he believes Joe would attempt to get money from Teresa, despite her insistence that her ex was “not that type” and “[wouldn’t] come after anything.”

But Teresa’s costars agreed with her brother. “Say you meet the perfect guy tomorrow and things go well and you want to move on with your life. He’s going to get angry. That’ll trigger it,” Catania said. “[There’s] no reason to wait.”

Catania also said that Joe “feels like [Teresa] owes him.” Teresa’s BFF came to that conclusion after Teresa told reunion host Andy Cohen she had spent over $1 million paying Joe’s legal fees and back taxes, yet was still being blamed by Joe for their problems — the father of four allegedly telling her, ” ‘If it wasn’t for the show, this would have never happened.’ ”

(Joe began a 41-month prison sentence for mail, wire and bankruptcy fraud in March 2016; Teresa served a little over 11 months in prison for the same crimes, and was released on Dec. 23, 2015. Joe was released from prison last year but was held in the custody of Immigration and Customs Enforcement at the Clinton County Correctional Center in Pennsylvania as he fought to appeal a judge’s deportation order. Due to the rough conditions inside the ICE facility, though, Joe requested to go to Italy, where he is awaiting his third and final deportation appeal.)

In the end, their urges seemed to get through to Teresa. She said on the reunion that she was “working on” the divorce papers, but that “it seems like [Joe’s] procrastinating.”

“Of course he does, because he wants the cha-cha-ching!” Joe Gorga said. “You have to move it.”

Teresa Giudice Confirms She Did Not Sleep with Ex Joe Giudice During Trip to Italy: ‘Thank God’

Earlier this season, Teresa revealed that she and Joe had a prenup, one that he made her sign before their wedding.

The demand almost caused Teresa to call off her nuptials, but she decided to go forward with one if there was a no-cheat clause added to the document that would void it should either of them stray.

While there have been rumors that both Teresa and Joe had been unfaithful during their time together, both have denied those. At Wednesday’s reunion, Teresa went so far as to state that despite previously talking about her suspicions, she had no proof of any affair.

“I want to just make something clear. I never caught him because I don’t want people to think I stayed with a cheater, ’cause that’s not me,” Teresa said. “I’m such a bitch, if I caught my husband cheating, I would not be with him. That’s all I would need to say, ‘bye, bye.’ ”

“I’m sure everyone believed it from seeing the tabloids … but he never told me,” Teresa added.

One of those people was Joe Gorga, who told Teresa he believed the rumors but never said anything out of respect for his sister and his nieces.

While Joe Gorga held his tongue there, he wasn’t quiet about his present feelings towards his brother-in-law. What was especially upsetting to Teresa’s only sibling? The way her husband spoke to her during their one-to-one interview with Cohen back in October.

“I wasn’t happy with the interview,” Joe Gorga said. “He just did four years in prison, he could have came out and said, ‘I apologize, I’m sorry.’ You know, you beg, you pled. You tell your wife you’re sorry, you tell your kid you’re sorry. You don’t sit there like you’re God because you’re not God. Look what just happened to you! … You just got to be more humble and nice.”

Even Cohen chimed in with criticism towards Joe. “This is a guy who’s fighting his deportation? If I’m from ICE and I’m watching [his interview with Teresa], why am I flipping this around?”

“He seems very arrogant still,” Melissa said, citing a scene between Teresa and Joe during her visit to see him in Italy that aired later in the season. “I was annoyed just watching that clip with her in Italy, and him spinning the wine. I was livid watching that. Like, what a prick. Like, I wanted to knock the wine right out of his hands.”

“I’m like used to Joe, and I thought it wasn’t bad. Like, I’m used to the way he is,” she said. “I feel bad. I think the way you were raised had a lot to do with it. I don’t think he had that coddling love growing up and I feel bad for him. He doesn’t know how to express himself and he only knows one way, like a hard way.”

She went on to say that Joe’s deportation, which he is currently fighting, “breaks my heart.”

“I feel bad for my daughters,” Teresa said, adding that her eldest daughter Gia was in therapy. “Me and Joe can get through anything, I hate that my kids have to go through this. This whole thing, they’re not punishing Joe and I, they’re punishing the kids. It’s not fair to them.”

“I never pictured my life to end like this. I mean, it’s not ending yet, but I never thought I was going to go through all this,” she said, crying. 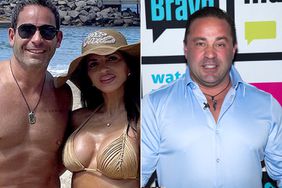 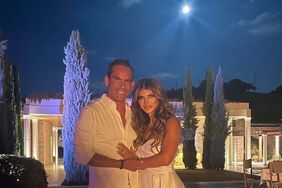 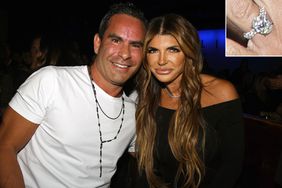 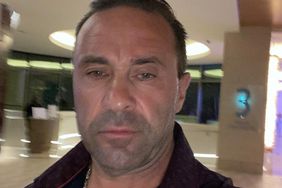 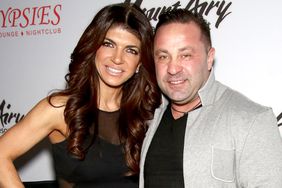