Teresa, 47, sat down with Good Morning America for an interview that aired Thursday morning.

“I was overjoyed seeing my daughters seeing how happy they were seeing their dad. This trip was all about focusing on our daughters. It really wasn’t about us,” the mother of four said about daughters reconnecting with their father.

When asked if she still loved her husband, Teresa said she would “always going to have a place in [her] heart” for Joe but doesn’t know about the future of their relationship.

“Imagine he lived in Italy and I lived here … I don’t know if that’s a feasible relationship,“ she told GMA, noting that the pair were just taking things “day by day.”

But despite everything Teresa and her family have been through, the reality star said she learned a lot about herself in the process.

“I’ve learned — I have powers I never knew I had. I’m unbreakable,” she said.

The Italy trip marked the first time Giudices — including daughters Gia, 18, Gabriella, 15, Milania, 14, and Audriana, 10 —had been together with Joe, 49, as a free man in almost four years.

After the couple was convicted of mail, wire and bankruptcy fraud, Teresa served a little over 11 months in prison and was released on Dec. 23, 2015. But their time at home as a family was brief: Joe began his own 41-month prison sentence in March 2016 and was released last March. The possibility that he’d be deported to Italy after doing time (though he has lived in the United States since he was a child, he never obtained American citizenship) always loomed. A judge ruled to deport Joe in October 2018, but he’s been appealing that decision ever since; first from prison, and then from an Immigration and Customs Enforcement detention center.

Due to the poor conditions inside the ICE facility, though, Joe requested to go to Italy to await his third and final deportation appeal. He flew to Europe last month, and Bravo cameras rolled as he was reunited with his daughters for a short vacation last week.

Shortly before the Giudice family trip, Teresa and Joe got raw about their issues in a Watch What Happens Live with Andy Cohen special. Although they both maintained that they still love each other, Teresa again said she would have no choice but to divorce Joe if he is indeed deported. 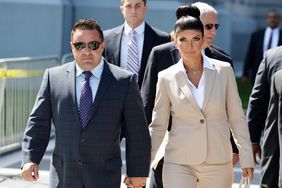 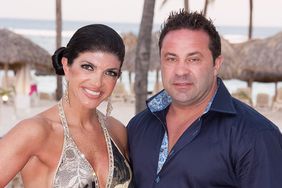