Gina Kirschenheiter has found her match.

One day after becoming Instagram official with her new boyfriend Travis Mullen, the Real Housewives of Orange County star opened up to PEOPLE about the couple’s budding romance.

“We just really clicked from very early on,” she said. “We have the same perspective on a lot stuff and a lot of the same values.”

On Monday, Gina shared a photo of the two bursting out in laughter — something she said they do often.

“We really make each other laugh,” she said. “We’re both just goofballs. It works.”

While they’ve only been dating since August, after being set up by a mutual friend, Gina said she was surprised by how fast they “clicked.”

“I don’t really like anybody … I find something wrong with everybody,” she said. “I met him and it clicked so early. He’s just a really nice person.”

Gina’s new romance comes just over a year after she officially separated from husband Matt Kirschenheiter. The two were together for 11 years and married for eight before filing for divorce.

The former couple shares sons Nicholas, 7, and Luca, 4, as well as daughter Sienna, 5.

While their split appeared amicable at first, with Gina singing her ex’s praises last season on RHOC, things took a turn for the ugly in June. The two then had a heated argument at Gina’s home in which Matt allegedly choked her, hit her, dragged her, threw her and threatened to kill her — all while their three young kids were sleeping in the other room, according to court documents obtained by The Blast. Cops were called after Gina ran to the the neighbors for help, and Matt was arrested.

Neither Gina nor Matt have responded to PEOPLE’s request for comment about their legal matters. Matt has also not responded to Gina’s cheating allegations.

“The process has been really hard for Gina,” a source previously told PEOPLE. “She never anticipated that she and Matt would be going through something like this in the public eye. She may be on a reality show, but she’s a very reserved person when she’s hurt, and she had hoped the two of them could settle their differences behind the scenes. She’s disappointed that’s not what’s been able to happen, for both of their sakes.”

Earlier this month, Matt was charged by the Orange County District Attorney’s Office with domestic violence stemming from their June argument.

Matt later entered a not guilty plea over the two felony charges, according to documents obtained by The Blast.

“The charges are just that, they’re just allegations. These type of cases, domestic violence type cases when there are are no independent witnesses, it’s a 1:1 situation and it really comes down to a credibility call,” Matt’s attorney, Ed Welbourn, told PEOPLE in a statement.

“Matt is a great dad, always has been. He’s a hardworking guy, has always provided for them. He’s an incredibly good person, and he’s very respected in the community,” Wilbourn said. “There’s also a divorce proceeding going on, he has unmonitored visitation — a decision that was made before this alleged incident. If Gina or the judge thought he was a danger, they would have not agreed to that. He’s not a violent person, he doesn’t have a history of that. He maintains his innocence and looks forward to the truth coming out and his day in court.”

Currently, Gina and Matt are still working through terms of their divorce. 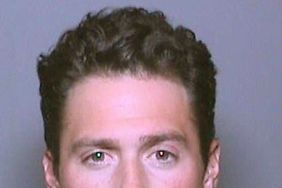 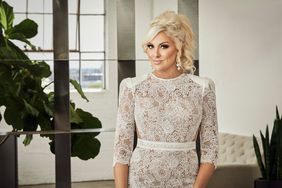 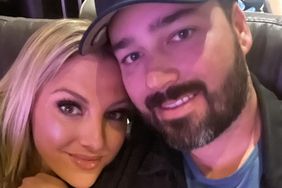 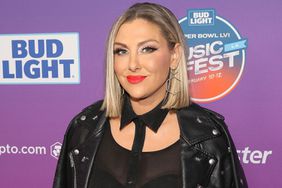