All of her life, Garcelle Beauvais has been torn between being a "good girl" and a "rebel."

The actress and TV personality explores this duality in her upcoming memoir, Love Me As I Am, she announced on Tuesday. It will be published by Amistad on April 12, 2022, and PEOPLE has a first look at the book's cover.

"When I started along the journey of penning my memoir I had no idea how much of an eye-opening experience it would be," the Real Housewives of Beverly Hills star, 54, tells PEOPLE in an exclusive statement. "I am deeply proud to share my journey as a woman, the struggles, and funny memories with those who have followed me throughout my career in Hollywood."

She continues: "I hope they come away knowing me a little bit better through the laughter and tears that life has brought my way. If nothing else, they will see that as with everyone, it takes resilience, fortitude and faith to survive and thrive — and I'm still standing!"

Love Me As I Am tracks Beauvais' journey from her early childhood in Haiti and move to Boston to living in New York as a young model. The Real co-host also shares the highs and lows of her three decades as an actress, as well as her foray into reality television on RHOBH.

"Throughout her life, Beauvais has suffered from a painful emotional battle between her wild, rebellious nature and her desire to be a 'good girl,'" reads the book's press release. "No matter how many cover stories she earned, 'Most Beautiful' lists, or coveted roles in iconic series such as The Jamie Foxx Show and NYPD Blue, Beauvais could not cure herself of her 'disease to please.'"

The mother of three "had to learn how to unapologetically put herself first," it continues. "In Love Me As I Am, she brings together the voices of both the good girl and the rebel to deliver an unflinching examination of her successes and ongoing challenges as a mother, wife, daughter, sibling, and friend."

Beauvais, the first Black cast member of RHOBH, also promises to provide "juicy behind-the-scenes stories" of the hit show. She opens up about embracing her sexuality in her 40s, how she pushed past "the stereotypes that define and limit African American women in popular culture" and shares how self-love led to better relationships with her family.

This won't be Beauvais' first book. In 2013, she and co-author Sebastian A. Jones launched their picture book, I Am Mixed, the first book in the I Am book series.

"Writing books was something I always wanted to do, but was also very scared of doing," she said in 2018. "I was going through a hard time and realized that to get out of the mindset I was in, I had to do something that scared me. That's when the book happened and it's been so great for my kids to see that I had an idea and I made it come to life."

Love Me As I Am will hit bookstores in April 2022. 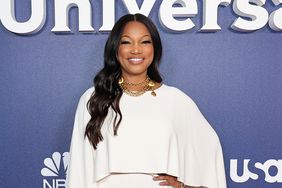