For the first time, Erika Girardi is speaking out about her divorce from Tom Girardi on The Real Housewives of Beverly Hills.

Wednesday's episode opened with Erika, 49, addressing the news of her divorce after dropping the bombshell on her costars via text message.

"There's so many layers to this divorce," she said. "It's so f------ complicated. It's very difficult to explain."

"You know, I'm sure that they were very shocked and that they're going to have a lot of questions," she said about discussing the topic with her castmates face-to-face.

The episode then teased Erika's conversation with her fellow RHOBH costars, where she told them that she "did not see it ending this way" with Tom. She added: "I was going to hold that man's hand until he died."

The cast later gathered at Kyle Richards' house for a 2020 election night party, sans Erika and Garcelle Beauvais. Kyle, 52, asked the group whether any of them had spoken to Erika that day. When Lisa Rinna confirmed she had, Kathy Hilton asked Lisa whether she knew what had been going on the whole time.

"I didn't know until she sent that text to us today at 9:15 [this morning]," Lisa, 57, said after shaking her head no. "I instantly called her and, you know, I was just as surprised as we all were."

Dorit Kemsley said that it "was a surprise" to learn of Erika and Tom's separation. "We don't know enough about what's happening," Dorit, 44, added as Kyle chimed in: "We don't know what goes on behind closed doors."

Toward the end of the episode, the RHOBH crew brought up Erika's divorce while waiting for her to arrive at Sutton Stracke's Parisian-themed party.

"I was shocked to hear about Erika. I didn't see it coming," Garcelle, 54, said.

"I remember when I met her last year. We had this amazing lunch. And the moment she mentioned [Tom], she welled up," the actress continued. "I felt the love, you know? And I said, 'That's what I want.'"

Dorit then pointed out that Erika is "one of those [people] that she holds certain things to her chest and when she's ready, she shares when she feels comfortable." Agreeing with Dorit, Lisa said that "that's when you need your girlfriends" and "that's when ... it's great to have a support system around."

As Garcelle asked whether anyone knew about Erika's divorce plans during the group's recent Lake Tahoe trip, several RHOBH stars said they weren't aware. Kathy, 62, then noted what "a sport" Erika was during the quick getaway, considering what was unraveling in her personal life.

"You think she really filed? That it's her idea?" Garcelle asked, to which Lisa confirmed, "Yes, she did."

Garcelle then questioned whether Erika "should wait," hinting at the idea that her costar should have held off on separating since Tom, 82, could die of old age soon.

Kyle then asked the group to "fill in" those who didn't understand. Garcelle said: "I don't know, I just feel like they've been married that long ..."

Once the group realized what Garcelle was suggesting, she pointed out that she was simply "implying it" — but didn't directly say it.

From there, Erika was shown entering Sutton's home and the episode concluded with a "to be continued ..." slide.

Erika filed for divorce from Tom in November after 21 years of marriage. She said in a statement to PEOPLE at the time that "this is not a step taken lightly or easily" but that she still has "great love and respect" for Tom.

In the months since the divorce filing, Tom has been caught up in several legal controversies. Among the numerous lawsuits he faces includes one in which the former couple have both been accused of embezzling money. (Erika declined to comment on the case when reached by PEOPLE at the time and Tom did not respond to multiple requests for comment.)

As of Tuesday, PEOPLE confirmed that the attorneys representing Erika in Tom's bankruptcy case have moved to withdraw as her counsel amid the release of Housewife and the Hustler — a new documentary that explores Erika and Tom's legal woes. 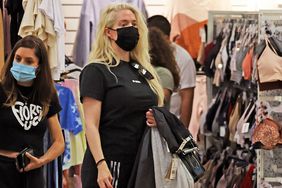 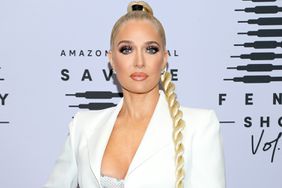 'RHOBH' : Erika Girardi Reveals to Costars That She's Divorcing Tom — 'This Will Be Tough' 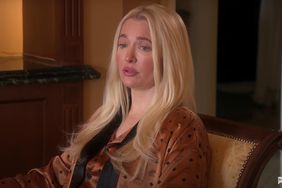 'RHOBH' Trailer: Erika Girardi Says If Ex Tom 'Stole the Money, I'd Like to Know Where It Is' 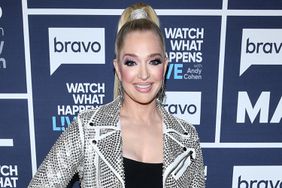 'RHOBH' : Erika Girardi Is 'Happier' After Splitting from Husband Tom — 'I Was Feeling Depressed' 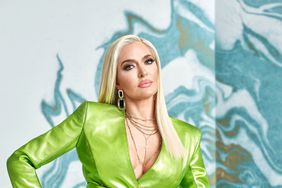