"It was a poor decision and it was a selfish decision," Dennis McKinley told Porsha Williams on Sunday's The Real Housewives of Atlanta

Porsha Williams and Dennis McKinley had an emotional therapy session on Sunday’s The Real Housewives of Atlanta, as he finally confessed to what drove him to sleep with another woman while Williams was pregnant with their only child.

The couple — who have since reconciled but at the time of filming, were living apart and splitting time with their daughter Pilar “PJ” Jhena, now 8 months — came together for a counseling session with Dr. Sherry Blake.

One of the looming questions for fans has been why McKinley cheated on the first place, as the pair appeared to be head-over-heels in love on the show.

McKinley, 43, answered that question in therapy, admitting that he strayed outside his relationship because he was sexually turned off by Williams during her pregnancy and afterward, as she battled postpartum depression.

“We had a rough pregnancy, all the way from start to finish,” McKinley said. “Sex during pregnancy, it’s nothing what a man wants to do … and after PJ got here, postpartum was very real. We cried together like every night. That’s not a good enough why, but that’s the why.”

“It was a poor decision and it was a selfish decision,” McKinley continued. “I made a mistake, I cheated. … I’ve done my best to let Porsha know that I love her and I’m remorseful and apologetic. The priority for me is the baby.”

RHOA: Porsha Williams ‘Beyond Hurt’ as Dennis McKinley Admits to Cheating During Her Pregnancy

That didn’t smooth things over with Williams. She began her session by stressing that what McKinley did was “not a mistake.”

“A mistake, to me, is taking the wrong exit. You don’t make a mistake and set up with someone and cheat,” said Williams, 38. “That’s not where he need to be in order for me to heal and move forward. He needs to be in a place in my eyes where he’s taking full accountability for his actions, period. No matter how it looks and feels. It insults me when he says mistake.”

She then pointed out that she and McKinley had been intimate even when she was pregnant.

“All the rough stuff that he said that I went through, he was literally by my side,” shared Williams, who had learned of McKinely’s infidelity when Pilar Jhena was only 3 months old. “And that’s one of the things that was really difficult.”

Regardless of why McKinley strayed, Williams said she needed to decide what was next for their family.

Doing it for her daughter meant that Williams had to confront the complicated emotions she was feeling, especially the fact that she loved McKinley even though he had betrayed her.

“At the end of the day, this is a serious situation,” Williams said. “Our daughter is growing up by leaps and bounds every single day. If we’re going to be together for her, we’re going to have to start working on it. … If you’re going to live how you want to live because that’s just what your loins want, we can move on with our co-parent life. But if you are really trying to make a commitment over here, that’s what I want to know from your heart.”

McKinley assured Williams that he was committed to their relationship.

“I want us to be together and that is not a co-parent situation. I apologize again,” he said to Williams, before addressing Dr. Sherry. “I hope [Porsha and I] can get to a place where we start to communicate more and she can give me another chance.”

That’s what Williams wanted to hear. “I am pissed but through all the hurt and the pain, I realize I do want my family,” she told McKinley. “It’s a work in progress. I can’t just like, start trusting you over night. It’s not going to work like that … [but] I’m going to try to do it.”

“Honestly, I do not know how long it’s going to take me to forgive Dennis because if we get back together, it has to be real,” she told audiences. “Because what I’m not going to do is have my daughter be in a house with fake love. Whether it takes six months, whether it takes a year, I’m going to take my time.”

Their session ended with a hug. McKinley and Williams even rode off together in the same car (though she said he wasn’t allowed to stay over).

Since filming that scene, Williams and McKinley have reconciled. They’re even planning again on walking down the aisle.

“We are re-engaged,” said Williams during an appearance on Watch What Happens Live with Andy Cohen this month.

Asked by Cohen if she trusts McKinley now, Williams said the two are “still working it out.”

“We’re working on our family. It takes time,” Williams said. “I love him and he loves me and we’re doing what’s best for our family. That’s really all you can do.”

“You have to have trust,” she added, stressing that they were “absolutely” working to rebuild that and planning on getting married next year.

This will be Williams’ second marriage. She was previously wed to former NFL star Kordell Stewart, from whom she split in 2013.

Williams and McKinley dated for a year before getting engaged last September, just two months after Williams learned she was pregnant with their daughter. 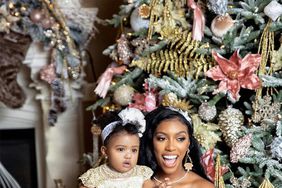 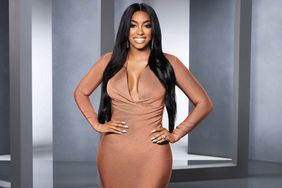 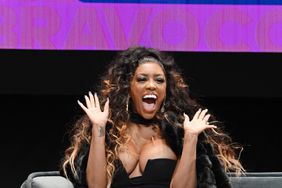 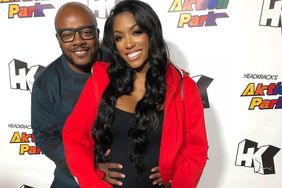 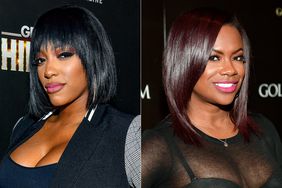 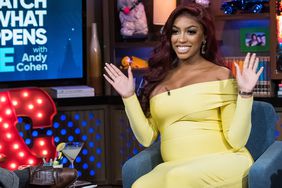