'Return to Amish' 's Rosanna and Maureen Prepare to Leave Their 'Strict' Community: 'It'll Be Hard'

"We're not allowed to really go out and have fun," Rosanna says of why she wants to escape her tight-knit Amish community

Return to Amish newcomer Rosanna is looking to make a big change in her life.

In PEOPLE's exclusive sneak peek at the season 6 premiere of the TLC series, Rosanna discusses her reasons for wanting to leave the "strict" religious community she grew up in.

"I want to leave the Amish because really all we do is work and sleep, and we're not allowed to really go out and have fun," she says. "We live a strict and simple life to be closer to God."

Rosanna says she reached out to her cousin Rebecca, one of the original stars of Breaking Amish, after watching her escape and thrive in the non-Amish world.

But Rosanna isn't going alone — her friend Maureen is also planning on leaving her world behind. And while they are excited for a new adventure, they both realize the sacrifice they are about to make.

Says Rosanna, "My biggest fear is I'll get shunned, or my parents won't talk to me anymore. They'll just consider me not their child — that's the biggest part that I'm afraid of."

Still determined to go, Rosanna and Maureen plan to meet up with fellow Return to Amish stars Jeremiah, Carmella and Sabrina to experience many "firsts" in the non-Amish world.

"When I leave, nothing will ever be the same," says Rosanna.

Return to Amish returns Monday at 9 p.m. ET on TLC. 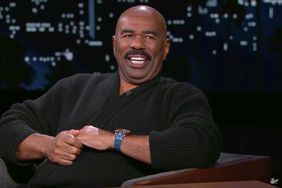 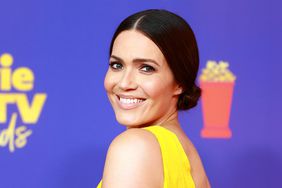