Though her contract ends in 2011, the anchor could exit in January 2009

Despite a contract due to run until 2011, Katie Couric is expected to end her anchor job at CBS Evening News possibly as soon as the January 2009 presidential inauguration, reports the Wall Street Journal, relying on information from CBS News executives and Couric’s inner circle.

The potential move comes as a result of continual low ratings for the nightly newscast, a high (estimated $15 million a year) salary for Couric and pressure at the network to slash costs and attract more viewers.

For the last week in March, Couric’s broadcast was watched by an average of 5.9 million viewers – compared to 8.3 million who tuned in to NBC’s Nightly News With Brian Williams and 8 million for ABC’s World News With Charles Gibson.

In a statement Wednesday, a spokeswoman for the program told the Journal, “We are very proud of the CBS Evening News, particularly our political coverage, and we have no plans for any changes regarding Katie or the broadcast.”

In another statement provided by another spokeswoman, Couric said, “I am working hard and having fun. My colleagues continue to impress me with their commitment to the newscast, and I am very proud of the show we put on every day.”

After leaving NBC’s Today show, Couric, 51, began at CBS in September 2006 amid much ballyhoo, but after an opening week of promising ratings, the numbers quickly slipped and then leveled off in distant third place behind the rivals.

Couric’s only job salvation at CBS, the Journal suggests, is if the ratings suddenly surge. Another prospect for Couric, says the paper, might be as successor to 74-year-old interviewer Larry King, whose CNN contract expires next year. 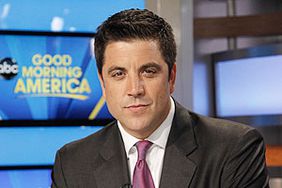