Jason Davis‘ cause of death has been revealed.

The Recess voice actor died from effects of Fentanyl at age 35 on Feb. 16, according to the Los Angeles County Medical Examiner-Coroner. The manner of death was ruled as an accident.

News of Davis’ death was reported that same day by multiple outlets, including Deadline.

In a statement to publications, including The Hollywood Reporter and Variety, Davis’ mother Nancy said she was “heartbroken to share the saddest news of my life that my son Jason Davis passed away.”

“Jason had a true heart of gold with such a zest for life. He was such a caring soul to everybody who ever knew him. He loved his friends and his family above all else,” she added. “We ask for privacy as we take time to grieve this most devastating loss.”

Davis voiced Mikey Blumberg as part of the ensemble cast on Recess, a kids’-focused animated series that ran on ABC from 1997 to 2001.

He had been acting for over 25 years, beginning his career by appearing on Dave’s World as Marco in 1994 and with a three-episode stint on Roseanne from 1993 to 1995. He also played Dwight Jefferson in three episodes of 7th Heaven in 1997.

Other roles Davis took on over the years were in numerous films, including Beverly Hills Ninja, Mafia! and Rush Hour. As an adult, he appeared onscreen a few times, including in the series Surface and He Don’t Got Game. Prior to his death, he was working on a series titled The Two Jasons, reports Variety.

During the 2010 to 2011 season, Davis appeared on Celebrity Rehab with Dr. Drew. According to his IMDb profile, he went on to co-found the organization Cure Addiction Now, “which helps fund research for people suffering from substance abuse.”

Davis was the grandson of the late Marvin Davis, a former chair of Davis Petroleum who also previously owned 20th Century Fox, and Barbara Davis, a philanthropist and billionaire.

He is survived by his mother, Nancy; two brothers, Alexander and Brandon; and two half-sisters, Mariella and Isabella Rickel, from his mother’s second marriage. 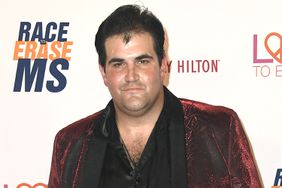 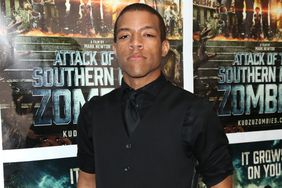