When Bravo first premiered The Real Housewives of Potomac, they ran a cheeky “Where’s Potomac?” campaign responding to viewers’ confusion over the location of the Maryland-based Housewives franchise. But after season 1, the Washington, D.C., suburb was officially on the map.

Now, the wealthy inhabitants of RHOP are back for even more superior shade in season 2 — and PEOPLE has the exclusive First Look!

Original Housewives Gizelle Bryant, Ashley Darby, Robyn Dixon, Karen Huger and Charrisse Jackson-Jordan are all back for another round of fun — joined by new Housewife Monique Samuels, mother of two and wife of retired Washington Redskins offensive LT, Chris Samuels. (Katie Rost, the “ball and gala girl” whose relationship with businessman Andrew Martin went bust on the show, announced in June that she wouldn’t be returning.)

From the looks of it, it’s going to be a dramatic season — with tears, breakdowns, and at least one Housewife threatening to “f—” another up.

Bryant and Samuels also clash over the ladder’s financial stability. “Without your husband and his bank account, you wouldn’t be here,” Bryant says at one point.

“At least I’m still married to mine,” Samuels snaps back.

Elsewhere, Dixon’s trying to find time with her live-in ex Juan, Huger’s moving into a new home outside of Potomac, and Jackson-Jordan is trying to get her marriage with estranged husband Eddie Jordan back on track.

And that’s not the only marriage in trouble. Ashley Darby and her husband Michael Darby seem to be clashing over their failing Australian restaurant. “You’re an a–hole,” she tells him. “Shut down your restaurant and this marriage will be over, I am telling you that right now.”

The Real Housewives of Potomac premieres April 2 at 9 p.m. ET on Bravo. 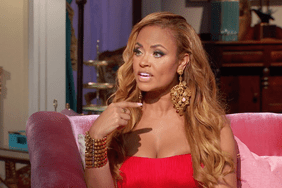 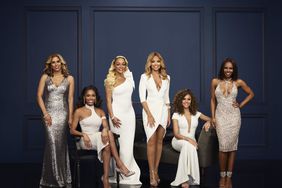 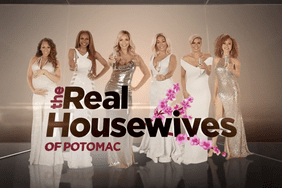 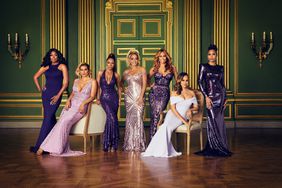