The drama continues on the long-awaited new season of RHONJ

The Real Housewives of New Jersey are back.

It’s safe to say this season of RHONJ will be all about original Jersey Housewife Teresa Giudice. After serving nearly a year in a Federal Correctional Institute for fraud charges, Giudice returns home for a tear-jerking family reunion. “I was dreaming about this moment for the past 11 and a half months,” Teresa says, hugging her family. “I’m going to make sure that nothing like this ever happens again.”

Of course, the happy family reunion is short lived, as Teresa’s husband Joe leaves to serve his 41-month prison sentence. “You can’t change what it is,” says Joe. “The only thing we can do is just get through it.”

RELATED VIDEO: Teresa Giudice Opens Up About Repairing Her Relationship with Melissa Gorga

Long-Standing Feuds Come to a Head

“I’m going to leave the past in the past and look to a bright future,” Giudice says early on in the trailer – but that doesn’t last long.

With the return of original Jersey Housewife Jacqueline Laurita looks peaceful at first, the love between the former BFFs doesn’t seem to linger as the two lash out at one another in multiple fights.

Laurita calls Giudice a “f—ing criminal” at one point, and Giudice mocks, “Oh my God I feel threatened.”

The women don’t seem to be the only ones feuding. Giudice’s sister-in-law Melissa Gorga gets in on the action, clashing with Laurita. Former Housewife and Giudice’s cousin Kathy Wakile also returns in a supporting role, alongside sister Rosie Pierri, who are both hoping to put their family back together.

“I want to cut the cancer out,” Giudice tells Wakile, who responds, “We’re not cancer.”

At one point, Giudice even lashes out against one of ladies (we don’t know which yet), saying, “She’s an evil person – like Osama bin Laden.”

With Dina Manzo and Amber Marchese out, two new Housewives will join the franchise.

There’s Dolores Catania, a divorced mom of two with ties to Giudice and Laurita, as well as Siggy Flicker, a professional matchmaker who (gasp!) doesn’t have Italian heritage.

The new ladies seem to fit right in with the drama. “I’m in Vermont with a bunch of wacko, what the f—?” Siggy says at one point during signature Housewives group vacation.

And it wouldn’t be a season of RHONJ without a visit with Kim D!

Could a trip to the Posche be down the road?

The Real Housewives of New Jersey returns July 10 at 8 p.m. ET on Bravo. 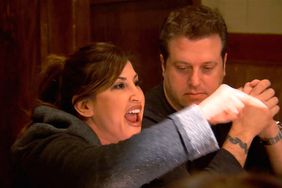 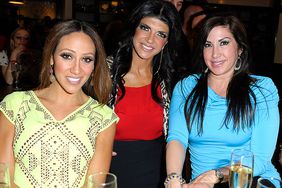 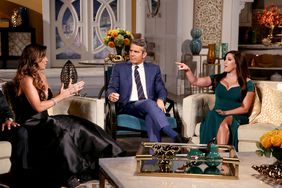 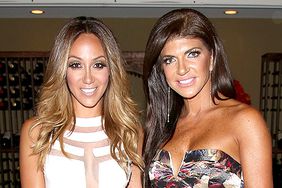 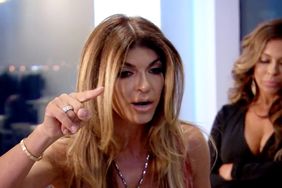 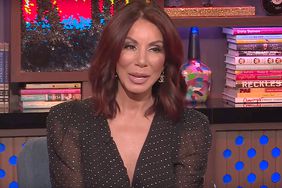 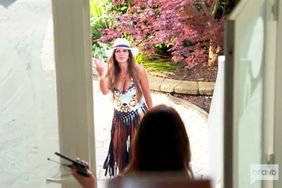 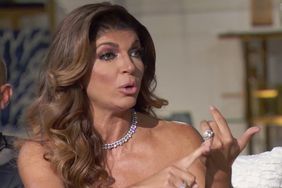 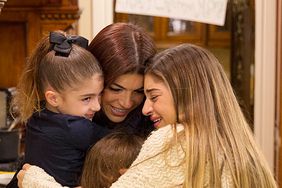