It's Here! See Erika Jayne's Over-the-Top 'XXPEN$IVE' Music Video: 'It's '80s Madonna All the Way Down'

"It's over-the-top, it's fabulous and it's meant to be fun," Jayne previously said of her sassy single

Erika Jayne promised her “EXXPEN$IVE” music video would have an “over-the-top, ’80s, Miami” vibe — and she delivered.

On Tuesday, the Real Housewives of Beverly Hills star released the much-anticipated music video for her sassy new single, now available for download on iTunes, and it’s every bit as Erika Jayne as you might imagine.

As the video goes on, every outfit change is more fabulous than the next, with Jayne, 45, posing in a bubble bath wearing a glittery leotard and dripping in jewels, rocking a white suit with a black corset peeking out and rapping her final verse in a red leotard and thigh-high patent leather boots.

Oh, she also drops into splits, has a team of backup dancers and tosses dollar bills around like candy.

The track was produced by Space Primates and co-written by Ferras, Sarah Hudson and Jesse Saint John. The music video, directed by Mikey Minden, was shot in Los Angeles last summer, and Bravo’s The Daily Dish was on set at the time.

“First and foremost, it’s ’80s Madonna all the way down,” said Jayne. “There’s a little Pam Anderson thrown in there, even though she’s a ’90s icon. All the great hair and makeup references, the supermodels of the ’80s, Cindy Crawford a little bit — that’s what makes it so cool.”

“It’s my goal to always bring a smile to everyone’s face,” she added. “No one should ever read too much into it. The title of the song is ‘XXpen$ive’ — it’s over-the-top, it’s fabulous and it’s meant to be fun.” 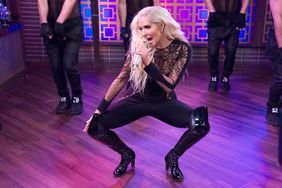 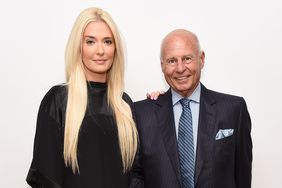 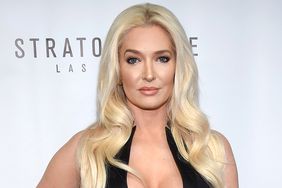 Erika Girardi on Music, Marriage and 'RHOBH' : 'I've Become Desensitized To How Much Sexy I Put Out' 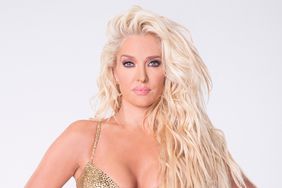 'RHOBH' 's Erika Girardi: 'Dancing with the Stars' as a Weight-Loss Tool 'Is the Dumbest Idea I've Ever Heard' 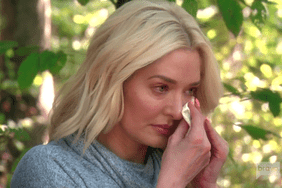