Plus, Phaedra Parks spills on the divorce advice she's given her divorcing RHOA costar Cynthia Bailey

The 43-year-old Real Housewives of Atlanta star confirms the news to PEOPLE, saying the ending of their almost seven-year marriage would be documented on the hit Bravo show’s upcoming ninth season.

The couple, who split in 2014, began divorce proceedings last season. Nida is currently serving an eight-year prison sentence after pleading guilty to bank fraud and identity theft in May 2014. He was also incarcerated from 2003 to 2009 for car theft charges.

Parks tells PEOPLE that after Nida left, she had to regroup, refocus and work on herself and children — Ayden, 6, and Dylan, 3. And while she’s not ready to start dating just yet, she knows her kids will be a part of it when she does.

“If I date someone, they have to date all three of us,” she shares. “We’ll be a foursome — me and my two kids and him. It has to be a whole family affair.”

“And at this time, that’s not really my top priority. My priority is making sure they’re okay,” she adds. “I think dating is in the bright near future, but it’s got to be someone who’s definitely a really good guy. I can’t have any crazy at this point in my life.”

So what exactly is Parks looking for in a guy? It’s no surprise that the attorney, funeral director and philanthropist has a long list.

“A good sense of humor, confident, God-fearing, generous, hopefully wealthy, attractive — all of those things,” she says.

RELATED VIDEO: What Advice Does Phaedra Parks Have for Teresa Giudice?

Parks looks back on the time with Nida positively – even though there were tense moments, like when an estranged Nida showed up at her house as she was changing the locks and confronted her on camera.

“It was hard to have such a traumatic, real-life scenario happen all on cameras in front of everybody,” she admits. “But at the end of the day it not only made me stronger as a woman, but it made me look at life differently. I think I’m better because of it. I always try to be very optimistic about life and hope things will be as positive as I want them to be. And that’s not always so easy on this type of show. But I think at the end of the day, it works itself out. ”

As for the criticism she received at the time from Housewives Kandi Burruss and Cynthia Bailey, Parks still feels betrayed and surprised.

“It was so hypocritical of these people who were supposedly my friends and my circle to not support me at all,” she says. “I would have never had imagined that — never in 100 years would I have thought that people would be so mean and nasty during such a real traumatic time for anyone. I just thought, ‘These are the meanest girls on the planet!’ And they proved themselves to be as much.”

“It’s easy to always make comments — but some of the same things they made comments about, they’re now going through,” she points out. “Cynthia’s going through a divorce, Kandi’s having some issues with her first baby’s father — I think it’s interesting to have these big options about everyone else’s life and then to see how you handle it when it comes to your front door.”

Parks says she’s sat down with Bailey, who is divorcing husband Peter Thomas, to offer some advice. “Of course, she wasn’t nice to me at all when I was going through my stuff with Apollo,” Parks points out. “But, like I told her: I understand having something very emotional such as losing a relationship a marriage play out. So I’ve always supported her in whatever.”

“I know no one gets married to have a divorce so I understand that this is very sensitive time,” she continues of Bailey. “If you are anyone’s friend, you support them. Even if you don’t agree with them, you keep your opinions to yourself. No one dies for anyone else, and no one can live anyone else’s life.”

The ever-quotable Ms. Parks ends with a few words of wisdom: “Unless you’re doing something that obviously is detrimental for your health and welfare of others, I think your opinions can be kept in your pants like your butt.”

The Real Housewives of Atlanta returns for a new season Sunday at 8 p.m. ET on Bravo. 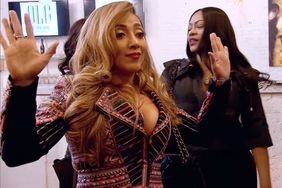 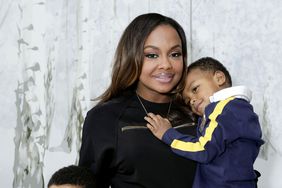 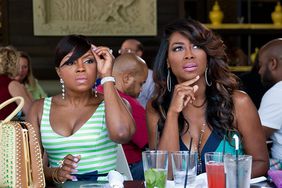