Paul Nassif and Adrienne Maloof were often seen bickering on The Real Housewives of Beverly Hills.

But details emerging after the plastic surgeon filed for divorce paint a much darker picture than anything ever caught on camera for Bravo's hit show.

Their custody battle has devolved into a shouting match with accusations about guns, insults and physical abuse — with their three young children possibly subjected to horrible behavior by one or both parents.

"You see this routinely in L.A.," says certified family law specialist, Steve Mindel of Feinberg, Mindel, Brandt & Klein, LLP, who is not involved in the case. "More often than not people get so wound up in winning that they forget about the collateral damage to their relationships, to their children, their in-laws and support systems."

Maloof, 51, who comes from a close-knit and exceedingly rich family (they own the Sacramento Kings and the Palms Casino Resort in Las Vegas), wed Nassif in 2002 in a lavish ceremony in the presence of approximately 500 guests at the Beverly Hills Hotel.

They moved into a home in the Beverly Hills area and later into a gated community with their three kids, 9-year-old Gavin and 6-year-old twins, Christian and Collin, who were sometimes seen on the show. Apart from light-hearted and humorous squabbles over dinner menus, party guests and other trivial concerns, the couple seemed happy on Real Housewives.

Both sides claim they wanted mediation outside of court. Still, their differences have sent them to a judge, with Nassif filing for joint custody and Maloof responding with a request for primary custody.

They're now fighting it out in his-and-hers court declarations full of angry allegations.

Nassif, 50, alleges that Maloof's behavior has become more and more "unpredictable," "physically violent" and "toxic" for the children. He says she verbally and physically abused him in front of the children, undermining his authority by calling him a "moron," "idiot," "dumb" and "stupid."

According to Nassif, the breaking point came on July 14 when, he alleges, Maloof "screamed that I was 'horrible father,'" hit him in the face and chest and kicked him in the legs. The alleged outburst, he claims, happened when Maloof wasn't allowed to invite her mother to an event in Las Vegas. Afterward, he filed for separation.

"Continuing to expose the children to my and Adrienne's dysfunctional and volatile relationship is causing harm to the children," Nassif stated in court documents.

A source close to Maloof acknowledges that she has used force, but tells PEOPLE, "Physically, all Adrienne has ever done is defend herself."

Maloof alleged in her statement that her ex has a violent temper and often "shoved" her to the ground, "pulled" her hair and "yelled" at her.

What's more, she claims, Nassif "carries a gun in his briefcase, which he leaves unlocked … [and] the children are afraid of him."

Court documents show that Nassif has since turned in the gun to the Beverly Hills Police Department. He says he was licensed to own it, primarily to protect his sons from death threats that might affect their multimillion-dollar inheritance.

Maloof also alleges that Nassif has been irresponsible when caring for the children. She claims that he was under the influence of alcohol during a kayaking trip with the kids on the weekend in August. She alleges that one of the children fell in the water and another went missing for some time.

But an eyewitness from that same day states in Nassif's court documents that, "Paul was never more than five feet away from the boys," and that he was not intoxicated, but did have a glass of wine prior to the outing.

And although Maloof claims that her estranged husband spanks, hits and pushes the boys, Nassif says he only spanks the children when they seriously disobey their parents, like running across the street and putting themselves in "danger."

"Paul's priority is to protect his children," Nassif's attorney Lisa Helfend Meyer tells PEOPLE. "His hope is that Adrienne feels the same." 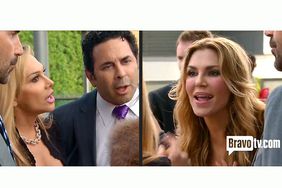 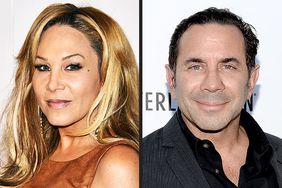