Blac Chyna Sobs, Strips Down and Takes Control of Her Life in Trailer for Her New Docu-Series

"The men that I was with wasn't the right people for me," she admits

Blac Chyna is taking control of the narrative in her new docu-series.

“I am excited to set the record straight regarding my life on my own terms. Watching The Real Blac Chyna you will get to see my raw, real and edgy unfiltered life,” she tells PEOPLE in a statement. “The World knows Blac Chyna but before anything I’m Angela White! I am a black woman, a mother, a friend, a lover and a boss. I’m still figuring it out daily like everyone else. I hope watching you’re inspired to not give in. I like to say I’m similar to a Phoenix, I rise. I’m also thrilled to have Lemuel Plummer and Zeus Network as partners on this uncensored look into my world.”

In PEOPLE’s exclusive look at the supertrailer for The Real Blac Chyna, the stripper turned reality star and influencer admits she’s struggled in the spotlight. (Warning: The video above contains explicit language)

“I don’t like it, but I wouldn’t change it. I guess it comes with the territory,” she says.

She also alludes to her high-profile relationships with rapper Tyga (they share 6-year-old son King Cairo) and Rob Kardashian (father to her 2½-year-old daughter Dream).

“The men that I was with wasn’t the right people for me,” she admits.

“Which one’s worse? Having a mom that’s not here or having a mom that is here that don’t give a f— about you?” she wonders. And later, the two get into an explosive argument, lunging at each other and screaming expletives.

The show made headlines over the weekend when TMZ reported that Kardashian, 32, and his lawyer had sent her a letter prohibiting Dream from appearing on The Real Blac Chyna without his consent.

Chyna, 31, fired back on Instagram, writing that Dream was never in danger nor present during her fights with her mother and pointing out “the hypocrisy of his family’s insistence that Dream appear on ‘Keeping Up with the Kardashians’ in the family’s desperate attempt to boost the dismal ratings for their stale and contrived show, without my approval.”

“My show is about my life and my kids are a huge part of my life,” she concluded. “It’s really sad that everything I do to better myself or my family the same people have something to say to stop or hinder it,.” 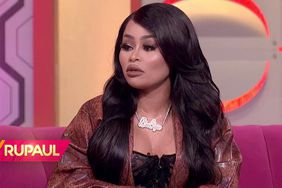 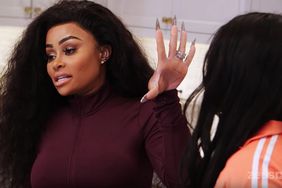