"I hope everyone finds an Adam," Raven Gates wrote on Instagram with a story of her boyfriend's thoughfulness

They may have left Mexico, but it appears Raven Gates is still in paradise thanks to Adam Gottschalk.

The 26-year-old reality star gushed about her boyfriend, whom she met on Bachelor in Paradise, recounting a thoughtful moment that made her realize she was with someone special, Tuesday night on Instagram.

“I knew I was gonna keep Adam around the first weekend we spent together outside of paradise 🌴,” the Arkansas native captioned an adorable photo of Gottschalk kissing her. “We met in Memphis & had a blast that weekend (after the initial awkward moment we realized okay this isn’t paradise anymore.. this is our REAL lives.) & the morning after a night of dinner, drinking & dancing 💃🏻 Adam had put my phone on the charger, left a glass of water by my bed, food & an Advil (hah!).”

Gates recalled immediately texting her mom and best friend to share her amazement, writing, “Y’all, I didn’t know there were boys that did these things?”

She continued, “I couldn’t believe he thought about me when I wasn’t even thinking about myself. And I laughed bc I realized how ridiculous I was to of settled for anything less than Adam before… and that how an Advil, a phone charger, a banana, and a glass of water was so impressive to me 😂.”

As if she wasn’t sure enough that Gottschalk had captured her heart, Gates found a note in her car after dropping him off at the airport with a sweet message telling her how much she was appreciated.

“Again, I just couldn’t believe how sweet, kind hearted and loving he was. 💓” she said. “That was the first time in a long time, I felt safe enough to fall in love.”

“I hope everyone finds an Adam,” she concluded the post.

Though they didn’t wrap the show with an engagement like their costars Derek Peth and Taylor Nolan, Gates and Gottschalk are still happily together, and their Instagram feeds are both filled with adorable photos.

But even though the couple sometimes goes weeks without seeing each other, but the Bachelor alum refuses to sext with her boyfriend.

“Raven [has] a very conservative Southern woman in her,” Gottschalk told Dean Unglert recently on his podcast Help! I Suck at Dating (listen to the full interview here). “I have to kind of break her out of it. There’s tension that starts to evolve over this 14-day grace period. It’s something we’ve always played around with.”

Gates chimed in, “I hate you so much! Oh God. Dean, I was listening to a podcast of yours earlier and you said you’re not into sexting. Maybe you’re just shy like me.”

Gottschalk, 27, currently lives in Texas and Gates resides in Arkansas, and the duo — who never go longer than two weeks without see each other — are planning to eventually move in together. 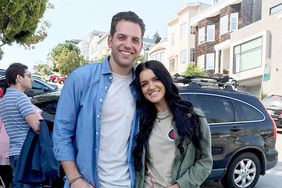 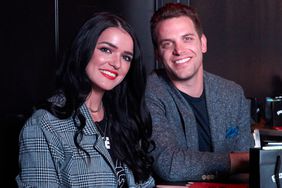 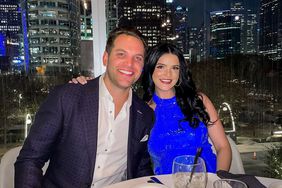