Drew Barrymore and Ralph Macchio have a relationship that goes back years.

While appearing virtually as a guest on Barrymore's eponymous talk show, The Drew Barrymore Show, on Friday, the 59-year-old actor opened up about how he and the actress, 45, met each other many years ago during the audition process for Steven Spielberg's 1982 classic, E.T. the Extra-Terrestrial.

Asked by the talk show host if they truly met when they were both much younger, Macchio told Barrymore, "Yes! I was offered the possibility of playing the role of Tyler, I think that was the character's name, and C. Thomas Howell — my Outsiders greaser buddy, Ponyboy — actually played that part."

Further explaining exactly how the pair previously came in contact with one another, Macchio detailed that he wanted to read the script for the film and was instructed to go to Spielberg's office to do so.

"I'm sitting there, by myself under lock and key, reading E.T. the Extra-Terrestrial when this little, adorable girl comes up to me and just says, 'Hi! I'm Drew! What part are you playing?'" the Cobra Kai star continued. "And I was half enamored by this adorable little girl and the other side of my brain was like, 'Kid, they told me I have an hour to read this and I got to get back to it.'"

Macchio added: "It was wonderful. So we have to not wait 30 [or so] years next time."

Though Macchio did not go on to land the role in the science fiction feature, Barrymore was cast as Gertie, the main protagonist's little sister, in one of her most famous roles that would launch her career in Hollywood.

During the interview with Macchio, Barrymore said that "it's been such a pleasure to grow up in this industry, not only alongside of you, but just watching you," she told the actor.

RELATED VIDEO: Drew Barrymore on Keeping Her Kids Out of the Public Eye: I Won't Sell My Brand on My Kids

Cobra Kai's Ralph Macchio on His Age-Defying Secret (He's 59!) and His Second Act After Karate Kid

Last year, while gracing the cover of the first-ever Domino Kids issue alongside her two girls — Frankie, 6, and Olive, 8 — Barrymore spoke candidly about her famous film role and even opened up about the very special movie prop she kept from her childhood that now stays close to her two daughters.

"I am absolutely terrible at keeping things. I lose everything. But I do have the red cowboy hat I wore in E.T.," Barrymore detailed at the time. "It is in the girls' room somewhere and reminds me that I was 6 years old wearing that hat. I'm so glad I still have it."

"When we're kids, we don't think something will be important to us one day; we clean out our room and throw stuff away," the mother of two mused. "It's nice if parents put something of theirs in their kids' rooms, so it's a transference of memories and energy." 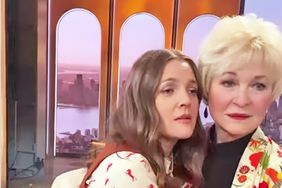 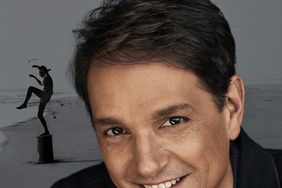 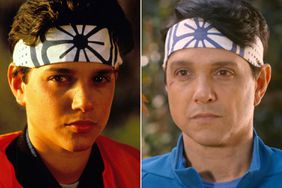