Rachel Lindsay is reacting to Taylor's Nolan's resurfaced tweets as the Bachelor franchise continues to come under fire for perpetuating racism.

Nolan, who appeared alongside Lindsay on Nick Viall's season of The Bachelor, apologized on Monday after offensive tweets of hers began circulating on social media. In the tweets, originally posted between 2011 and 2012, the reality star, now 27, insulted minority groups such as Jews, Asian Americans and Indians. She also used several homophobic and fat phobic slurs.

Lindsay, the first Black Bachelorette, noted on the latest episode of Higher Learning with Van Lathan and Rachel Lindsay that she and Nolan weren't close when they were costars but she has "since become cool with her" over the last year.

She added that the old social media posts are "shocking," especially given the fact that Nolan has been "very outspoken about all the inequalities and injustices within the [Bachelor] franchise."

The Bachelor's Taylor Nolan Apologizes for 'Hurtful' Past Tweets: 'They Were Wrong'

"I think people are very upset and shocked and disappointed. I'll throw myself in there," said Lindsay, 35. "She's been very vocal, she's been very definitive in what she believes and then to see something that is so opposite of that — it's shocking. At first, I was like, 'Is this real?'"

"I have the same energy with Taylor that I have with anybody who does something that's wrong," she continued, relating the situation to the ongoing controversy surrounding longtime Bachelor host Chris Harrison and contestant Rachael Kirkconnell.

On Sunday, Nolan apologized in a 30-minute video she posted on Instagram. Alongside the video, she shared a lengthy caption in which she reiterated her regret over the decade-old tweets.

"My tweets from ten years ago are s----y, they suck, they were wrong, and are hurtful," Nolan began. "I want to be clear that they don't take away from the work I do today, they are literally how I got here to doing this work. If you're gonna take the time and energy to scroll through ten years of my tweets then please take your time to listen to this video. I never deleted those tweets for a reason because they've been a part of my ~journey~ since way before going the bachelor."

On her Tuesday podcast episode, Lindsay said that while the tweets were wrong, she takes issue with people who appear to be "out to crucify" Nolan, who now works as a licensed therapist.

"What she did was wrong. It was terrible. It was shocking. It was disgusting and she should be held accountable for that," Lindsay said. "But I think the problem is that the people who went digging for that were out to crucify her."

"You can be appalled at what she did and hold her accountable for that," she added. "But you can also recognize that she's not the same person that she was before and I think what she was saying was that she didn't wait for somebody to call her out before she started doing the work. She recognized it was wrong, that's part of the reason she's in the profession of therapy."

Lindsay went on to suggest that Taylor open up about how she "got to the place she is today" in terms of working against racism and inequality.

"I would love for Taylor to come out and say how she got to the place she is today — go from the mistakes she made, what she did, recognize it, don't make any excuses for what you did, it was wrong, but then tell us how you got to the place you did today, because that could reach a lot of people," she said.

"And maybe provide a blueprint for some other people," co-host Van Lathan added. 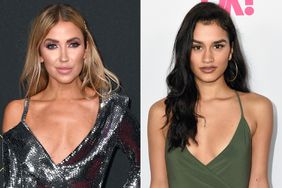 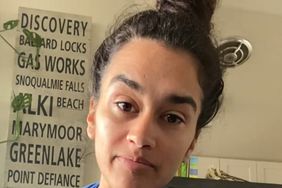 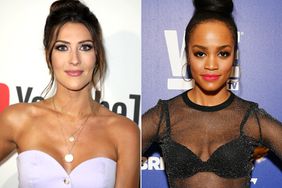