"The reason it disappointed me so much that Hannah decided to give a statement is because, [to] quote her words, 'A statement would be insincere,'" Rachel Lindsay said

Rachel Lindsay is speaking out about Hannah Brown after her fellow Bachelorette used a racist slur while singing along to a song.

Lindsay, 35, appeared on Monday's episode of The Viall Files podcast to set the record straight about Brown's recent use of the N-word and her subsequent apology, explaining to host and former Bachelor star Nick Viall why she was "disappointed" that the 25-year-old had issued a mea culpa in a written statement rather than an Instagram Live video.

Lindsay — who is the first and only black lead in the history of the ABC franchise — began the episode addressing claims that she was "bullying" Brown, revealing that the Alabama native had actually expressed in "multiple conversations over phone, text and direct messages" that she wanted to apologize on Instagram Live.

"When Hannah and I talked, she wanted to know what my thought was as to what she should do. She said, 'I want to ask you.' And she was very remorseful. She was very upset. She was embarrassed. She was admitting she was wrong, and she said she wanted to go on a Live," Lindsay recalled.

Lindsay went on to say why she was "disappointed" with Brown's written apology, explaining that the reality star had previously said in a conversation that she "wanted to speak on camera because she wanted people to understand where she was coming from."

"And I believed her when she said it. And it was her team that was advising her to give a statement. And she said, in her heart, she didn't feel it was that way, and she felt that God had wanted her to use her platform for a bigger purpose. And she was going to step up and do that. So, then to see her ultimately text me and say, 'I'm going to give a statement' was extremely disappointing because, you yourself, said that that was insincere."

Lindsay added, "So why did you, therefore, decide to do an insincere action? I'm very confused by that."

Brown found herself in hot water earlier this month when she repeated the N-word while singing the lyrics to DaBaby's hit single "Rockstar" in an Instagram Live video.

At the time, fans watching along caught the moment and immediately confronted her in the comments.

"I did?" a seemingly surprised Brown initially said, according to clips from the Live captured by fan account Bachelor Tea Spill. "I'm so sorry ... No, I was singing ... I'm so sorry."

However, Brown issued out a formal statement days later, writing in a statement on her Instagram Stories, "I owe you all a major apology. There is no excuse and I will not justify what I said."

"I have read your messages and seen the hurt I have caused," Brown wrote. "I own it all. I am terribly sorry and know that whether in public or private, this language is unacceptable. I promise to do better."

RELATED VIDEO: Bachelorette Hannah Brown Apologizes After Saying N-Word on Instagram: 'There Is No Excuse'

Lindsay was one of the first Bachelor Nation stars to react, saying in an Instagram Live saved to her IGTV, "We can't give people a pass for this. We have to hold people accountable for what they're doing."

"Non-black people should not feel okay about saying the word n—. It's wrong," she added. "You should feel disgusted when you say that word. You should feel uncomfortable. That word has so much weight and history behind it. If you don't know, please do yourself a favor and educate yourself on that word. That word was used to make black people feel less than ... and every time you use that word and you're not black, you give that word power."

Will you accept this rose? Sign up for PEOPLE's free weekly Bachelor Nation newsletter to get the latest news on the Bachelor, the Bachelorette and everything in between!

Viall, 39, previously said on his podcast that Brown's "initial response was disappointing."

"She has to be held to a high standard," he said during the May 19 episode of The Viall Files. "We all do. And it is very disappointing to see. Honestly, her initial response was disappointing. She has since posted a written apology on her Instagram Story that is set to expire. As Rachel said on her Instagram Live, that doesn't read as sincere. We don't know whether that came from her heart or if it came from her publicist."

He added, "Frankly, that's a really terrible apology and really insincere and it comes across as, again, ignorant to what she's speaking on." 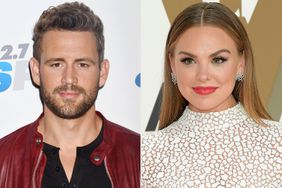 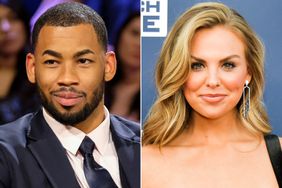 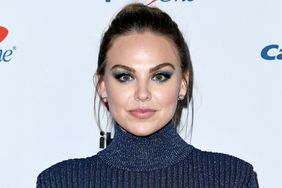 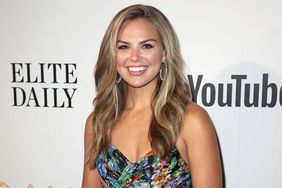