'Queer Eye' 's Antoni Porowski Opens Up About His Struggle with Anxiety: 'I Saw It as a Weakness'

Antoni Porowski is opening up about his mental health journey.

The Queer Eye star revealed his lifelong battle with anxiety in hopes of inspiring others to embrace their true self as part of The Child Mind Institute‘s #MyYoungerSelf campaign.

“When I was growing up I had a lot of anxiety attacks,” he said. “Sometimes they would come out of the blue and sometimes they were triggered by something really stressful that was going on in my life.”

Porowski, 35, said he began to understand the root of his anxiety and learn how to manage the panic attacks after starting therapy.

“I was really ashamed that I was anxious because I saw it as a weakness,” he said. “What’s been really nice about working through it, and for me it was with a social worker and then with several therapists and mentors, I realized that it’s a part of me and it’s not going away so I might as well learn how to work with it and cope with it.”

The Child Mind Institute’s #MyYoungerSelf campaign is focused on ending the stigma attached to mental health and learning disorders, and encouraging every young person to seek help.

Porowski said over the years, he’s learned to not only embrace his anxiety, but also love himself for it.

“Now it’s actually become something that I’m proud of because it’s part of me and it makes me different,” he said. “I also know that I’m not terminally unique. By sharing this with other people I realized that I am definitely not the only one experiencing it.”

“It makes me feel a little less lonely,” he said.

The chef urged others experiencing similar struggles to seek help.

“My advice is seek out help no matter who it is, whether it’s your parent, a social worker, a friend, family member, teacher, whoever it is,” he said. “I guarantee everyone has someone in their life who can help them. You just have to ask for it.” 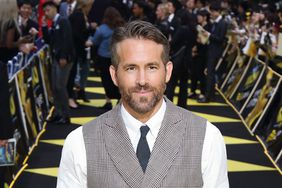